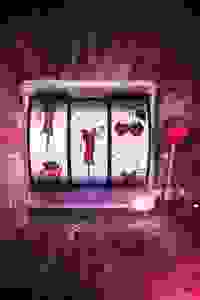 They say opposites attract. They haven’t met Tom and Wendy. Forced together by a computer error, freewheeling Tom and uptight Wendy do their best to ruin each other’s vacations. But the bright lights of Vegas might just convince them to take a chance on the happiness they both gave up on long ago.

Ground-breaking comedy icon Rita Rudner returns to the NY stage to star in this lighthearted musical comedy that is a perfect summer confection.

See it if you like mild, uninspiring entertainment. Very accessible material. Most songs are merely fine, guitar interludes better. Some gd lines.

Don't see it if you like sophisticated theater. TAC is simple, frothy.Classic meet-cute plays out predictably. TAC doesn't belong in NYC. Needs cuts!

See it if you find that laughing AT a show is just as satisfying as laughing WITH a show. You are a Rudner fan.

Don't see it if You can't abide by poor acting, poor singing, cliched text bad songs and useless music interludes. You are a Rudner fan.

Also This was so bad that we were actually entertained and laughing through our cringing. Rudner is not a singer and for her to write songs for herself that she can't reach was baffling.
The biggest mistake was the intermission on a 1hr50min show. droves left. Had they cut all the useless music the show would have been a passable 75 min sweet cliche.
... Read more Read less

See it if If you are a Rita Rudner fan.

Don't see it if This was not a good show. Embarrassing choreography, bad jokes, off key singing, stiff performances, the list goes on.

Also The show is so bad it actually has moments of "So bad it's Good", so I wasn't completely bored.... Read more Read less

See it if You like sitcom TV...this felt like watching an old comedy on TV. If you’re a fan of Rita Rudner comedy you will like this.

Don't see it if You’re looking for great depth or strong vocal talent. This is a fun fluffy show, a great distraction.

Also Some aspects of this show were much better than expected. Some of the songs were really clever and the plot was more believable than it seemed like it was going to be when it started out. All in all a very enjoyable evening.... Read more Read less

See it if If you like a sit- com type of show. Not sure about the music in it,however. If you want lite, fun show.

Don't see it if About 15 minutes to long. No need for the music. An okay story with a lot of laughs.

See it if you're looking for some good-natured, good-humored, blithesome escapist fun courtesy of a cast of spirited late middle-agers led by Rudner.

Don't see it if ur a millennial who can't relate to "old people problems"; u seek something more challenging than a merely pleasant, sitcom-style rom-com.

Also Note to the director: Just because you are directing a "musical" doesn't mean you have to incorporate dancing. The "choreography" is so awkward, it looked more like physical therapy exercises after hip replacement surgery...... Read more Read less

Also "Room service, please, and if possible, I'd like to be put on hold/He said he wanted to find himself, so he found himself in someone else/Uber.Google.Yahoo.Yelp.Hulu.These are words used by people having a stroke."... Read more Read less

See it if You're a fan of Rita Rudner. You enjoy light rom-coms. You want to see a like-able cast in a cute, non-offensive musical comedy.

Don't see it if You prefer your rom-coms less predictable. You prefer dramas. You prefer musical numbers that match the action onstage & forward the plot.

See it if Show what happens in Vegas stays in Vegas.

Don't see it if You looking for fast pace show. A lot of singing.

Also Show was good but to me too much singing.

See it if you want to see something light as a feather; you can't get enough of a cute Rita Rudner; enjoy a few good laughs; music but not a musical.

Don't see it if you want something memorable or substantial. Rudner is likable and that is what makes the play as enjoyable as it is.

See it if You want to have a few good laughs and like Rita Rudner.

Don't see it if You want a serious comedy.

See it if You really want to see Rita Rudner in a play. A couple good jokes, fluffy dinner theater.

Don't see it if You want a story that goes somewhere, isn't cliche, or is worth 2 hours of your time.

See it if you are a Rita Rudner fan.

Don't see it if you are expecting a polished musical with well-integrated songs or if you have no interest in the problems of the over 60 set.

Also The show could benefit from further work. The songs come across as a needless distraction during the first half but are better integrated in the second act. Rudner has some good zingers. How often do you get to see a show based on the philosophy of Marcus Aurelius?... Read more Read less

Don't see it if You don’t like entertainment for a “mature”audience.

See it if you like mediocre acting, non-stop one liners, no discernable plot.Rudner is great at standup.Jokes are funny.But that doesn't make a play

Don't see it if you want a show that has something to say.Even if you want froth, the acting is so weak that it never really lands.Funny lines; weak story

See it if enjoy a sweet, quippy show w/ a played out premise. You love Designing Women and The Golden Girls reruns. Captive audience of Rudner fans.

Don't see it if expect a pro musical like The Hello Girls or The Mad Ones (59E59 hits). The music/singing/choreo is church talent show caliber. What the—?

Also This is really not my thing, but others liked it and laughed hard. To each his own.... Read more Read less

See it if a Rita Rudner fan; some very funny moments, especially in 1st act.

Don't see it if you want something fresh. Would work better as a one act play,without the music.

See it if Nice story about marriage & loss with musical accompaniment. Nothing ground-breaking but appealing cast & more than decent singing.

Don't see it if Some voices are not strong enough, some lyrics are lost in the strongest voice & closing song panders to bad taste but overall endearing.

See it if if you want to have a fun time with Rita Rudner and the rest of the cast doing a completely predictable show.

Don't see it if you don't want to see a show when you know exactly what the next scene is before it begins. My friend and I knew exactly what was coming.

Also A fun, completely derivative piece without any innovation. Very poorly directed. It would have been better, but not great, if it was directed as a theater piece instead of a TV sitcom.

Starting at the end of act one, the show directly "channels" Gracie Allen and Lucille Ball. We recognize all the situations immediately (long before they start). Later two of the male characters "do" Harvey Korman and Tim Conway while a female character becomes Vicki Lawrence. Talented actors successfully aping superstars doesn't create a bad production, but it could never be great.

See it if Small stages semi-musical with liniar plots with standard plot.

Don't see it if Looking for the next Hamilton or other kind of innovative musical which it is not.

See it if You will sit through a bunch of meh for a few decent jokes.

Don't see it if You don't like really really cheesy musicals.

See it if U're older & will appreciate a rom-com w/ an older couple.There are lots of funny lines ; comedy worked better than the musical part.

Don't see it if U're expecting a good musical.Songs sung by troubadour worked better than those songs by the characters, but none of the music was stellar

See it if you enjoy the intimacy of off-Broadway; you want to leave the theater feeling happy; light-hearted little musicals do it for you

Don't see it if you need deep, profound theater; you like big, splashy Broadway musicals

See it if you want a fun sitcom played out for you on stage. I wasn't expecting to enjoy this as much as I did.

Don't see it if you are looking for a serious show. This show has some musical elements, which breaks up some of the scenes, which may not be for everyone.

Also With the reviews being low, I went it thinking the show would be slow or dated. I found it modern and fun and relevant. They do a great job with the staging for this show and the 4 person cast is excellent. The signing is not broadway signing, but still fun and breaks up the play a bit. Rita Rudner and the rest of the cast were amazing to see. The show is somewhat predictable, but still fun to watch. I recommend sitting back and just enjoy it for what it is.... Read more Read less

See it if If you like Rita Rudner, or if you like sit-com type shows. Very enjoyable.

Don't see it if If you are looking for every member of the cast to have an outstanding voice. (I still thoroughly enjoyed it anyway) 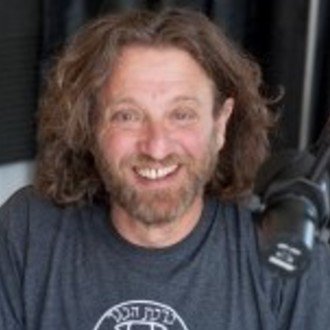 Jason Feddy
Composer / Lyricist
Get Alerts Alerts On Alerts Off 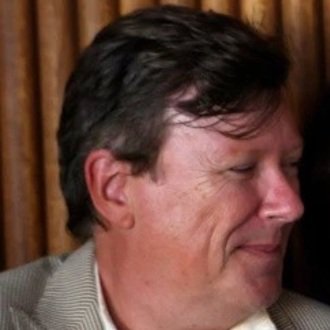 Martin Bergman
Writer / Director
Get Alerts Alerts On Alerts Off 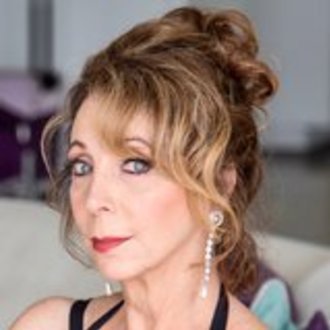 Rita Rudner
Playwright
Get Alerts Alerts On Alerts Off