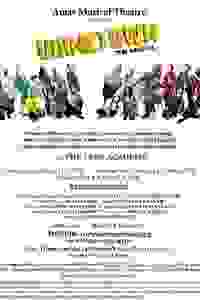 In an attempt to regulate water consumption, Urinetown has outlawed the use of private toilets. The citizenry must use public, pay-per-use amenities owned and operated by Urine Good Company, a malevolent corporation run by the corrupt Caldwell B. Cladwell. Underneath the comedy of the show, serious social and political themes, such as liberation, revolution, and sustainability, are explored.

Don't see it if you are looking for an NYU production. That will be the next phase

See it if you do not mind amateurish productions and you enjoy unsual plots.

Don't see it if you prefer professional productions amd would not enjoy teens playing adults.