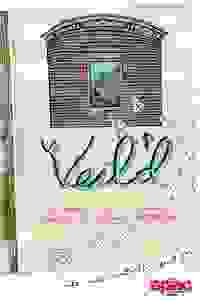 Astoria Performing Arts Center presents the world premiere of the fairy tale story of Dima, a 16-year old girl with a rare skin condition, who gets by with some help from her secret friends.

Not every fairy tale has sunshine. Dima lives cloistered away in her bedroom, far from prying eyes. Her parents worry that she’ll never have the “normal” American teenage experience they sought for her when they came to New York from Afghanistan. But they don't know about Dima’s secret friends — Elliot, a poet who hangs out under her window hawking rhymes, and Speedo, a talking nurse shark who saves the day in more ways than one. But will Dima get her happy ending? Rapunzel never had it this bad…or this good.

See it if you enjoy coming of age stories with a dramatic twist.

Don't see it if you don't like family dramas or stories of the immigrant experience.

See it if You like shows with elements of magical realism, with unexpected twists and turns, romantic stories. Puppetry & inventive staging.

Don't see it if You don't like plays with fantastical elements, you're expecting this to be a political play.

“A show that positively sparkles with life while dealing with some heavy topics... Special appreciation should be given to Claire DeLiso’s set design, which is literally multi-layered and dynamic, like the story...Monet Hurst-Mendoza’s script should be applauded for its loving portrayal of a Muslim family, not as foreign or fetishized, but as an ordinary American family living in extraordinary circumstances.”
Read more