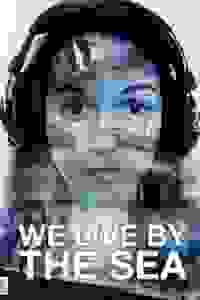 View in admin
We Live by the Sea
NYC: Midtown E
84
Score it Scored!

We Live by the Sea NYC Reviews and Tickets

Patch of Blue's devised production explores the life of an autistic girl as she connects with a boy who changes her world forever. A hit at the Edinburgh Festival Fringe. Part of 59E59's Brit's Off Broadway series.

'We Live By the Sea' tells the story of Katy, who lives on the coast with her sister Hannah and her imaginary dog, Paul Williams. Ostracized by the children at her school because of her differences, Katy is lonely and longs for someone to talk to. When she meets Ryan, a teenager from the city running away from his own problems, she recognizes something of herself in him, and starts to learn what it is to be a friend. The production features playful visual storytelling and a live electronic score.

See it if Poignant story with slow reveals. Brain's extraordinary performance is not to be missed. Simple but fun and creative staging.

Don't see it if Issues of autism are not for you. Some of the cast is subpar. Read more

See it if You are interested in seeing a show about the challenges surrounding autism. The lead actress is great!

Don't see it if You dislike small intimate shows with simple staging.

See it if Beautiful touching play that immerses you in the private world of an autistic girl and her family. A new friend brings hope and healing.

Don't see it if You would have a hard time with many autistic tantrums. You don’t enjoy plays that focus on character development and relationships.

See it if you seek a stirring, authentic, unconventional family drama by an inventive theater co, about truth, acceptance, compassion & responsibility

Don't see it if you aren't prepared to be moved, shaken, inspired & captivated by the story of an autistic girl & the support of family & friends around her

See it if For a portrait of autism through eyes of someone with autism, for good but troubled people connecting, enjoy live musical accompaniment

Don't see it if You're easily confused by imaginary characters, disturbed by autism depictions on stage & loud live music, or emotional manipulation

See it if Story tell about Katy growing and dealing with her life.

Don't see it if It may be hard to see if you have a love one how may look different or act different in the eyes of the world. Read more

See it if you wish to see an intense drama about an autistic girl. Excellent acting. You feel like you can see into her mind.

Don't see it if you are disturbed by the subject of autism. Read more

See it if I was captivated from start to finish; the acting is wonderful; Brain's acting is brilliant, touching and realistic. Bring tissues.

Don't see it if you are looking for escapist entertainment. This is a play that has something to say and it is said with heart, soul and love.

"Creates an expansive world out of seemingly little...Brain's warmly empathetic performance never feels 'acty'...The other cast members are just as good in relatively more straightforward roles...Tight, imaginative staging...Throughout, the company maintains a sure sense of tone, playful and grave at the same time, and pulls off a cathartic ending that's neither cloying nor cheesy - though be warned that it is a five-hankie tear-jerker that may leave you a sobbing mess."
Read more

"'We Live By the Sea' works best as a loving and empathetic portrait of a neurodivergent teen. Director Howarth's 15 years of experience as a drama therapist for people on the spectrum imbues the play with authenticity. The narrative, however, is less believable...The play flags whenever it shifts to Hannah and Ryan's points of view. Katy's special needs may be challenging, but her atypical perspective is what gives the show a specialness of its own."
Read more

"It is an insightful portrayal of a teenager on the autism spectrum that shouldn't be missed. This is a show that both entertains and informs...The troupe of actors brings this well-crafted show to life with true authenticity...'We Live By The Sea' is a heartfelt show that will raise people's awareness of people on the autism spectrum and the struggles that are often faced by handicapped people and their families."
Read more

"This isn't a tidy play, but it's a bracing one...In its best passages, 'We Live by the Sea' makes clear Hannah's deep devotion to Katy, as well as its terrible cost...'We Live by the Sea' is a company-created work, which may explain why it feels underwritten...Katy is a fiercely imagined character and Alexandra Brain realizes her down to the last detail...The rest of the cast performs with an appealing mix of candor and tact."
Read more

“If, at this point, it sounds like Katy is an actual person, good, because she felt that way all throughout the remarkably engaging play ‘We Live By The Sea.’ As Katy, Alexandra Brain avoids all the acting shortcuts and, instead, gives a performance that is pure empathy. Whereas someone else may have been satisfied simply depicting the physical manifestations of Katy's mental condition, Brain beautifully achieves the much higher goal of humanizing Katy's autism.”
Read more

"A captivating examination of an autistic girl’s struggles...Oceans are notoriously vast, which is a good thing because the sea is called upon here to support enormous metaphorical weight...Still, we buy into the conceit, thanks to strong acting all around and the wonderfully immersive world built by director Alex Howarth and his creative team. Ms. Brain is nothing less than ferocious."
Read more

"A well-executed work of devised theatre…Brain…plays Katy like an overgrown six-year-old...She squeals, fidgets, shakes her hands tremulously, holds them to her head as if to prevent it from exploding...She can be sad, she can be funny; with Katy, you never know what's coming…On the other hand, the piece seems overlong at 90 minutes. Brain offers a tour de force portrayal of Katy's mannerisms but, like me, you may eventually tire of them, no matter how well acted. But maybe that's the point."
Read more

"Brits Off Broadway at 59E59 is off to a strong start with this powerful play about autism...The stories Katy likes to tell to provide order to her experience are cleverly recreated with such simple props as an electric fan and a pair of desk lamps...My heart went out to Hannah, because Katy’s erratic behavior with its frequent outbursts of raw emotion was hard to endure for 90 minutes, let alone 24 hours a day...Much as I admired the play, I often found it painful to sit through."
Read more