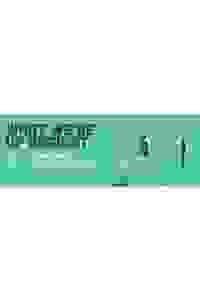 View in admin
What We're Up Against (WP Theater)
NYC: Upper W Side
79
Score it Scored!

What We're Up Against (WP Theater) NYC Reviews and Tickets

WP Theater presents the Off-Broadway premiere of Theresa Rebeck's comedy, a darkly funny and all-too-relevant exploration of gender politics in the workplace.

"Why is it still like this?” Janice sighs to Eliza. It’s 1992, and Eliza is the brainy new recruit at a small-shop architecture firm. But she’s struggling to get a foothold on even the lowest rung of the company ladder, and starts making moves to blow the lid off their pandora’s box of office politics and social maneuvering.

Don't see it if Don’t like workplace dramas or issue about equality or harassment.

See it if Over-the-top comic satire of blatantly sexist office. Recently hired young woman is smarter than everyone else. Fireworks ensue.

Don't see it if You don't like caricatures. You don't see the humor in foul language. You can't laugh, scream and cry at the same time.

Don't see it if You're not a fan of office set, issue plays which frustrate because not a lot has changed since'92, don't like seeing people at their worst

Don't see it if Written in 1992, still stingingly current but Rebeck's typical heavy handedness mars the discourse; written with a crayon instead of a pen

See it if you enjoy a powerful drama about the difficulties of women in the workplace. Nice staging and good acting.

Don't see it if you don't enjoy stories about women's issues in the workplace. Read more

See it if you want to see an extremely well-written and incisive look at sexism in the workplace that makes you squirm in how accurate it is.

Don't see it if you want to leave the theater feeling good about the world.

Don't see it if you have no interested in issues regarding women in the workplace. Play takes place in 1992. Still, unfortunately, totally current issues.

“Ms. Rebeck’s play isn’t about sexual harassment. It’s about all of the other ugly ways that a woman can be foiled and dismissed, ostracized and worn down, when she’s just trying to do her job. It’s also about what happens when she dares to show her anger...As sitcomish as it sometimes feels, ‘What We’re Up Against’ has a complex view of its characters and their dynamics...The cast is an impressive assemblage of talent...Oddly, though, the flashiest roles belong to men.”
Read more

“A bitterly funny workplace comedy...This is prime Rebeck territory—driven characters locking horns in pursuit of a prize—and the current political climate makes this 1992 play seem frighteningly timely...'What We’re Up Against' is not as fully realized as Rebeck’s later works; the premise wears thin, and the characters can come across as mouthpieces for a message. But director Campbell-Holt and her accomplished cast, send sparks flying as genders and generations collide.”
Read more

"The play couldn't feel more dated...A provocative premise, but Rebeck's writing fails to do it full justice. The characters are so one-dimensional they might as well have their defining traits tattooed on their foreheads; the dialogue is repetitive and exclamatory; and the storyline feels padded despite the relatively brief running time...The performers bring a fierce energy to their characterizations that goes a long way toward compensating...It rarely rises above the level of cliche."
Read more

“With its undeniably sharp perspective and neat archetypal characters, ‘What We're Up Against’ is guaranteed to infuriate — which is why you should see it...The story is dramatically compelling, the rage behind it undeniably authentic, and the characters are recognizably human...Even if you disagree with Rebeck's take on the way women are treated in the workplace, it is impossible to resist this ever-unfolding Machiavellian tale...An uncomfortable but vital night at the theater.”
Read more

“'What We're Up Against' suffers from nagging little structural problems that occasionally prove undermining...The play that houses it could stand a firmer foundation...The play tries to occupy a middle ground between satire and drama that really means it, never really paying full tribute to either approach...The dialogue could use more zing at times...It suffers from a certain fuzziness of presentation that keeps it from landing a knockout punch."
Read more

"It's a solid setup, which leads to a mildly satisfying comeuppance. But nothing about Rebeck's play is particularly surprising or, more importantly, challenging, unless, I suppose, you happen to share Stu's mindset. And, if you do, you're probably not hanging out at the Women's Project Theater."
Read more

"'What We’re Up Against' relies on some sitcom-y dialogue, and some standard dumb male tropes, though ultimately I found it to be an honest and realistic depiction of what it’s like to be a woman in the workforce...All of the actors are extremely well cast and committed to their roles...Perfectly directed by Adrienne Campbell-Holt, 'What We’re Up Against' feels like a realistic depiction of a toxic office."
Read more

“Relies very heavily on its dialogue. Fast-paced and yet annoyingly overly verbose at times...The play was relatable to anyone who has ever worked in any kind of office at any time; it was certainly not a black comedy, but more an accurate reflection of the day-to-day office politics with a funny observational commentary spattered throughout. The characters were certainly well established but never seem to grow."
Read more