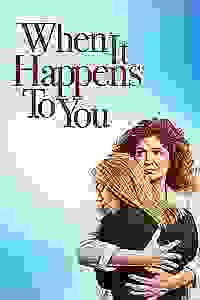 View in admin
When It Happens to You
NYC: East Village
78
Score it Scored!

When It Happens to You NYC Reviews and Tickets

Tawni O’Dell’s theatrical memoir is about a mother’s struggle to help restore a sense of safety and wholeness to her family after her daughter was the victim of a brutal attack.

It’s a journey that continues to this day, nearly five years since she received that middle of the night phone call every parent dreads.

“The first time I held my daughter after she was born I made a silent promise to her I would always protect her,” says Tawni O’Dell. “Then came a night in our future when that promise was shattered. I couldn’t protect her from the man who stalked her through the streets of her beloved New York City, broke into her home, and assaulted her,” says Tawni O’Dell. “During the next few years, her life fell apart and so did my own as I tried to help her deal with the fallout from this awful crime. As a way to help make sense of what we were going through, I did what writers do: I wrote about it. I didn’t know if I would ever share our story with the world, but I’m proud to say my daughter has decided that we should in the hopes that we might be able to help other victims and their families. Rape touches just about every one of us. More women are sexually assaulted in this country than are affected by heart disease and breast cancer combined. To say it is an epidemic, is not hyperbole.”

See it if you would enjoy the pain and comfort of a true story in which a family deals with the rape of one member. Intelligent language, some humor.

Don't see it if having the story teller break the fourth wall and not completely act, but often narrate would bother you. Lighting that blinds few few rows.

See it if you want to hear a very disturbing true tale of rape told by the real mother with other actors.

Don't see it if you don't like the subject of rape.

See it if you want a realistic portrayal of a family, through the mother, dealing (poorly) with the aftermath of rape.

Don't see it if a work that always feels like a solo with 4 actors will never work for you. Read more

See it if you want to experience, almost as vividly as first-hand, emotional and psychological consequences to modern rape victims and their families.

Don't see it if you prefer shorter or multi-act drama, comedy, or musicals, more action and less exposition, or are very upset by detailed rape descriptions Read more

See it if A true story of a young girls rape and how it affects her and her family members for years to come. The playwright also portrayed the mother

Don't see it if You prefer a lighter or more uplifting subject matter. The play was 90 minutes without an intermission.

See it if You want to hear a true-to-life account of a horrific incident. 90-minutes long. 4 “actors” on stage, even though the writer/mother is not

Don't see it if An actress. Great acting on the other 3’s part. It’s a dramatic memory piece, with light humor and slight cussing 🤬. It’s therapeutic.

See it if If you want to see a family struggle after violence. The sense of shame is effectively displayed by mom and daughter in different ways

Don't see it if You are too triggered by assault

See it if Part lecture...part dramatization pertaining to a mother and daughter journey after the daughter is raped.

Don't see it if rape or sexual abuse is a trigger.

"It's all very mysterious, since the more obvious route for O'Dell would have been to publish a prose piece, something at which clearly she has excelled, as opposed to exploring such sensitive and highly personal material in a format for which she shows little aptitude."
Read more

"This a work grounded in sober reality, a work that rejects the prevalent idea that 'closure' is something that will surely erase all scars and 'make whole' once more those who've lived through such traumatic incidents."
Read more