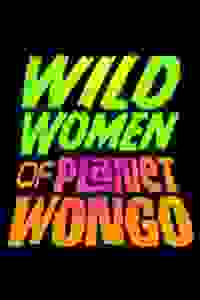 Go on a wild, immersive ride at the return engagement of this retro sci-fi musical about two astronauts who land on an alien planet of sexy warrior women who’ve never seen men! More…

In this loving send-up of '60s B-movies, two astronauts find themselves on an unfamiliar world populated solely by females. Though hesitant at first, the captain finally joins his crewmate in tasting Wongo Flesh, in his case, the Queen. But sex isn't the only thing the Wongettes have in mind. They are also starving—and have very different plans for their male guests! The show is for ages 21 and up. Each ticket includes a complimentary drink. Standing room only.

See it if You want silly and amusing. The music is surprisingly good.

Don't see it if You prefer a more traditional theater experience.

See it if You would enjoy a B-movie sci-fi plot, pop music, and upbeat dancing, with audience participation. My favorite character was the computer.

Don't see it if You are looking for something substantial. The dialog was bland at times, but the youthful performers were enthusiastic.

See it if you enjoy an evening of total silliness! Plot is ridiculous, costumes absurd and choreographer did a marvelous job in an awkward space. FUN!

Don't see it if you cannot stand for 10 minutes or longer. There is some seating but the performers will tell you to move for some of the scenes.

See it if You're willing to drink the Wongo-tinis & just enjoy the party. You want a fun night out. You like retro sci-fi. You like immersive shows.

Don't see it if You hate immersive shows. You hate sci-fi. You can't/don't want to stand for and hour & 40 minutes. You want traditional theatre.

Also This is more party than theatre. If you go, just go with it: drink the 'tinis, volunteer for the games, dance & have fun!!... Read more Read less

See it if You'll enjoy the Wongo-tini lime green alcoholic drink that's included in admission, dancing and interacting with the sci-fi dressed cast.

Don't see it if Show is way too long (2 hours including 2 intermissions). You'll be standing 2 hours (view from limited couches is blocked by standees.)

See it if a Rocky Horror experience, standing room only, wongotinis, audience participation, surprisingly memorable musical score are 2 your liking

Don't see it if standing for 2 hours, silliness, over amplification, man in drag, drinking, rolling with punches & moving 2 be able 2 see drive you mad

See it if you want to experience a campy, interactive musical parody of a typically cheesy 1960's sci-fi flick performed by an enthusiastic cast.

Don't see it if you need to sit. You move around & interact with the cast. If you don't like mindless fun, this is not the show for you.

Also You get a free drink.

See it if You enjoy low, unsurprising, juvenile, comic book style humor and dialog and do not demand intellectual or cultural value.

See it if you're looking for something different & mindless. Energetic cast, good singers, & ON from the get-go. Bring cash for the TWO intermissions.

Also Finally saw it last night; it closes TONIGHT! It has a great following, so with a clearer/more concise script... and larger venue... show could have an even longer run. Note: this is NOT "Drunken Shakespeare" by any stretch of the imagination.... Read more Read less

See it if You're into a high energy spoof musical of B-movie sci-fi. Good silly fun, sort of interactive, came with a free drink ticket!

See it if you like the Rocky Horror Picture Show (or its inspirations) or you're looking for a good time and a stiff Wongo-tini.

Don't see it if you don't like low-budget and *extremely* campy shows.

Also The B-film that presumably inspired this show came out in '58 when seemed a good a score as any.

I didn't realize it was a musical, and the singing was delightful and resulted in many of my favorite moments of the show. Though the singing is good, the acting is mixed, but even the bad acting plays well thematically.

There are two 20ish minute intermissions in a relatively short show, presumably to encourage consumption, which worked. There are half-hearted, sort of awkward 'games' which some audience members volunteered to participate in.

The acoustics were surprisingly bad for such a small space, but there was a neat and effective 5 screen setup that changed with the 'landscape' .

See it if You want to drink, laugh and dance with an energetic talented cast in an immersive sci-fi musical.

Don't see it if You left all vestige of your childhood behind you.

See it if Want to have fun with an interactive show on a zany adventure & have a wongotini..go see this. It's a hoot! Join in & have fun, let go.,

Don't see it if You expect serious theatre, elaborate sets, can't stand too long or expect a Tony Award show. Not for Bway snobs!

Also I gave it a high score because I had a blast. No, it's not a Bway show, nor a Tony winning show, but it is a fun show. You may gave to stand, but it is an interactive show. If your aim is to have a fun night, you will. Everyone seem to enjoy themselves and sometimes we need some insanity in our lives!... Read more Read less

See it if you want a fun night out with your friends or on a date. This is not something you send your parents to. Show deserves own rating category.

Don't see it if you are expecting to see a show like Hamilton, wicked, or anything where you sit down and expect to be amazed. This is more for young adults

Also Shows like this can be rated next to other shows like Hamilton, or Wicked etc. You can drink and take pics as the show is going. This show was fun for what it was, an immersive experience. The space is tight, but makes it part of the experience. This is more like a Fuerza Bruta type of show where you are moving around as the acts takes place in front of you. It's a Rocky Horror picture show with more interaction. This is a social show; they encourage people to get involved and relax. I recommend dates to start here before they go out for the night or bring a few friends. It's a spoof Classic Sci-Fi B show. Just go in with an open mind and enjoy it.... Read more Read less

See it if You want to spend a couple of hours just having fun in a group situation and being part of the show. Take a risk, it will pay off.

Don't see it if If you only want your theater traditional.

Also I was a little out of my confort zone here -- a part of town I don't genrally go to, going by myself into a bar and while most of the people seemed to be with others, I was alone. I was glad I went, I love stupid sci-fi musicals and it was like being part of the cast of Rocky Horror meets Mystery Science Theater 3000. I had a lot of fun.... Read more Read less

See it if you fall into the "immersive theater" advertising. This is play is sold as an immersive experience and it is not.

Don't see it if you don't like dusty and dark bars. The space is tight, no seats. They have three intermissions for what?

Also In a mini small bar this stupid alien story happens. The problem is everything: the space, the acting, the script. The producer was very proud of his play. I don't understand how they don't put more attention in making an immersive and entertaining show.... Read more Read less

See it if U want to catch a zany, souped up B movie musical cleverly staged in the back room of a bar w/monitors of spaceland & cast walking amongst u

Don't see it if Ur looking for a staged show where u can sit-u'll be moving around to avoid the cast-or are looking for a traditional comedy. This is wacky!

See it if you want to have some mindless fun.

Don't see it if you need an immersive theatrical experience that is substantial.

See it if A spoof? A satire? Racy, in a high-schoolish way. It's summer stock right here in The Big Apple.

Don't see it if All icing, no cake.

See it if You want to have an immersive theatrical experience and have fun.

Don't see it if You like serious plays. You don't want to stand for 90 mins.

Don't see it if You don't like standing ... the okay is immersive although you can stand to the sides

See it if you don't mind a low-budget, super-campy production. It's pretty silly, and you have to stand in a small room the whole time.

Don't see it if Skip this if you're looking for high quality performances, singing, costumes. It was so cringeworthy I couldn't stay for the whole thing.

See it if you enjoy mindless fun. Great cast, silly premise. However, too many intermissions/audience participation moments. Second act is too long.

Don't see it if you're not into seeing something silly.

See it if you just want to have nonsensical fun preferably w/ company of your geeky friends to enjoy the compli- drink. The girl eye candies a plus!

Don't see it if you want real theater experience in a real theater venue. This is in a small bar so drinking while watching is best for an interactive fun ! 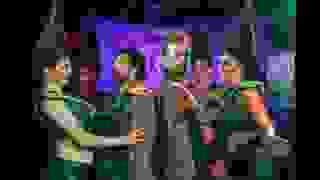 WILD WOMEN OF PLANET WONGO, an immersive sci-fi musical comedy, plays every Wednesday night at the Parkside Lounge on the lower east side of Manhattan. Grab ... 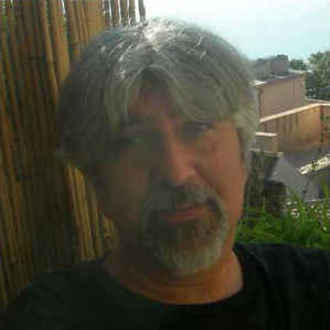 Dave Ogrin
Composer
Get Alerts Alerts On Alerts Off 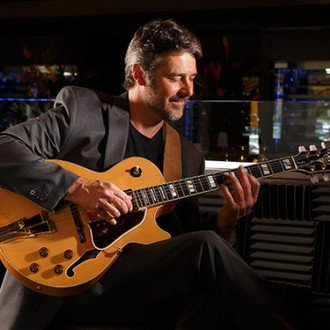 Ben Budick
Lyricist
Get Alerts Alerts On Alerts Off

Dave Ogrin
Lyricist
Get Alerts Alerts On Alerts Off 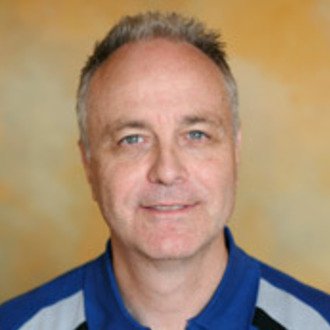 Steve Mackes
Lyricist
Get Alerts Alerts On Alerts Off 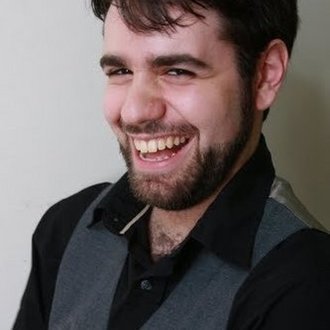 David Rigano
Director
Get Alerts Alerts On Alerts Off 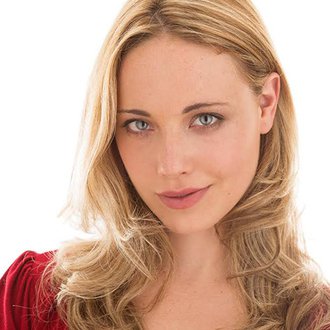 Amanda Nicholas
Queen Rita
Get Alerts Alerts On Alerts Off 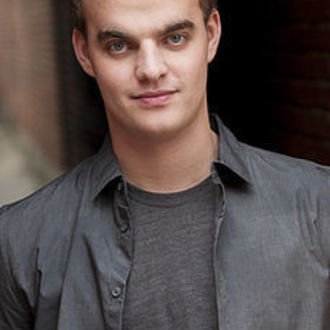 Miki Hellerbach
Ric Rogers
Get Alerts Alerts On Alerts Off