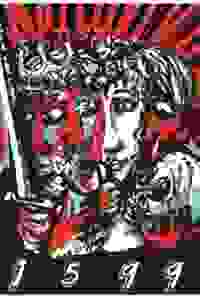 Irondale presents an encore run of '1599 Project,' named for the year when Shakespeare penned 'Henry V,' 'Julius Caesar,' 'As You Like It,' and 'Hamlet'. The four (truncated) plays are mounted as one searing evening.

Seen together, these plays form one spellbinding drama, tracing the journey of one mythic hero as he transforms through four plays and four characters, from youthful idealist to a madman ending his journey in hopeless chaos. In honor of the 400th anniversary of Shakespeare’s death, Irondale presents this epic four-play cycle with just six actors taking on all the roles.

See it if You're an avid Shakespeare fan. Some wonderful, inspiring performances. A beautiful space that is utilised well.

Don't see it if you can't do 5 hours of Shakespeare. If you don't know all 4 plays, or if you do know them and therefore don't want to see them again. Read more

"If the thesis is that one mythic hero lives in 'Henry V,' 'Julius Caesar,' 'As You Like It,' and 'Hamlet,' in order for the audience to track this journey and explore it properly, one actor needed to portray all four of the individuals in each piece...As a complete night of four individual performances of Shakespeare, '1599' was something you’ll likely never see again. And in that regard, it’s something to shout from the rooftops. But it tried to be something that was not presented."
Read more

"'Project 1599' provides an excellent presentation of the most fruitful year in the life of Shakespeare. The wonderful cast demonstrates refreshing clarity in both articulation and performance, which makes the piece a potent educational tool. The spatial work by Niesen, and the scenic designers, is remarkable in its simple elegance and ability to establish a connection with the audience. Watching the actors transform into different characters is also a rare and valuable opportunity."
Read more

"Lucidly acted, boldly ambitious…Yet the edits of the texts made me think of fast-forwarding, as if we were watching one bit that caught our interest, then skipping over a bunch of other stuff…A great deal of the pleasure here comes from watching the actors’ transformations…I can’t help wish that the company, whose actors have such excellent chops, had staged all four plays in full. Edited, they become a curiosity out of context — Shakespeare reduced to less than he deserves to be."
Read more

“Director Jim Niesen has applied some very smart cuts to the texts to shave them down...The result is four and a half hours of great performances from some of the best plays in the Bard's repertoire…Nielsen makes good use of every inch of the theater, which resembles a crumbling Westminster Abbey...Irondale Ensemble, a fearless company that you should really know about if you don't already.”
Read more

"Niesen’s notion is to present during one four-hour-plus offering each play in a trimmed-to-an-hour version and performed by the same six-person team...To be sure, the evening is something of a stunt. Yet the earnestness with which it unfolds in various parts of the main Irondale performance room goes some distance to make the time spent rewarding. Plus, the actors exhibit eye-popping stamina, especially Spieth as Rosalind and Collins as Hamlet."
Read more

“Niesen gets down to the meat of the stories, but they never feel rushed...If you don't already know the plays, it could be harder to keep up with the plotlines...The format doesn't necessarily bring any new insights into the plays...That doesn't really matter, though. It's a fun experiment and a unique theatrical experience that allows us to absorb the breadth and depth of the Bard's genius in one fell swoop.”
Read more