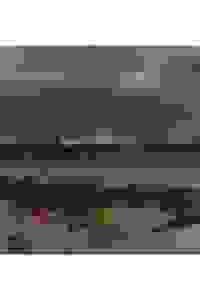 View in admin
2071: The World We Will Leave Our Children
NYC: Gramercy
66
Score it Scored!

2071: The World We Will Leave Our Children NYC Reviews and Tickets

This topical drama asks: How has the climate changed in the past?  How is it changing now? How do we know? And what kind of a future do we want to create?

Described as "Theatre that can change the world," this play addresses climate change through riveting personal and scientific accounts. Chris Rapley and Duncan Macmillan (1984) bring to life the horrors of CO2 emissions and what will happen to future generations if we do not act responsibly with regards to our planet.

Originally performed at the Royal Court in London in 2014 and now making its debut in the United States. A portion of proceeds from this play will be donated to 350.org, an organization dedicated to reversing climate change.

This Production will be put on along with Episcopal Actor's Guild Open Stage Grant. All proceeds will be split between Ripple Effect Artists and the charitable programs of the Episcopal Actors' Guild (EAG). EAG (est. 1923) is a charitable organization dedicated to helping NYC's professional performing artists “of all faiths, and none” who are experiencing financial crisis. Learn more at www.actorsguild.org.

See it if You want to see a university lecture about climate change...very interesting but very full of facts and figures and short on show.

Don't see it if You expect a night of “theatre”. Other than the fact that this actor has memorized the lines of a lecture-this is a lecture-not theatre. Read more

See it if A play about climate change.

Don't see it if It's not really a play more about being talked to .it gives facts but no real dialogue.

See it if Inculcations of a recitation of the damage that we've done. Academic.

Don't see it if Bait and switch. Poster promises a play, but this is pure search-engine regurgitation. So easily to distance oneself from dire factoids.

Don't see it if MAGA is your creed

See it if You care about climate change & environment. But this is more like an "talking" event, not a "play", no acting involved, but tons of facts.

Don't see it if You expect to see some acting. Read more

See it if To get acquainted with the science underlying climate change, it's consequences, and possible unlikely remediations. Ambitious. Important.

Don't see it if You're don't want to be moved to action in the face of the coming cataclysm and the evidence for it. Not a fun night in the the theatre.

See it if You'd be interested in watching a detailed lecture about the science behind climate change.

Don't see it if You were hoping to see an actual story. This barely qualifies as theatre, in that it's more lecture than drama. Read more