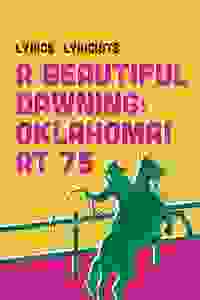 View in admin
A Beautiful Dawning: Oklahoma! at 75
NYC: Upper E Side
Score it

A Beautiful Dawning: Oklahoma! at 75 NYC Reviews and Tickets

This edition of 92nd St. Y's "Lyrics and Lyricists" concert series looks at the birth and life of "Oklahoma!"—what made it a hit, what keeps it a hit.

An early dismissal of the show: "No jokes, no legs, no chance," couldn’t have proved more wrong. "Oklahoma!" ushered in an entirely new kind of musical, and with it, the dawning of a new era in musical theater. The presentation will examine the groundbreaking show through its classics ("Oh, What a Beautiful Mornin,’" "People Will Say We’re in Love"), uncover songs dropped from the production during its pre-Broadway run ("Boys and Girls Like You and Me," others), and explore—with fresh eyes—"Oklahoma’s!" exciting new productions and continued relevance 75 years after its history-making premiere.