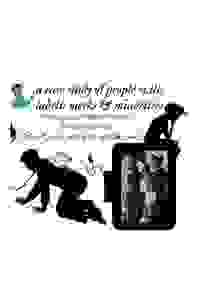 A Case Study of People with Labels: Meeks and Minorities

An amalgamation of two one-acts, presented as part of a social scientist's research on the subject of empowerment. Part of the 2018 Dream Up Festival.  More…

In the first one-act, 'Coz We’re Just Friends,' a nerdy, affable, college student, struggles to refuse doing a major favor to his closest friend, despite finding himself emotionally bullied, because of his deep love for his friend and his own conceptions about friendship. The second one-act, 'All In My Head,' focuses on a black actress, who complains to her representation about her repeated casting as a maid, leading to a deeper discussion about her particular problem, the generic problem. and how it can be resolved.

See it if you want to support new works that have potential. Some good acting and use of minimal sets. Explores two relevant topics but a bit unevenly

Don't see it if you want a polished production. The actors for the most part are giving it their all but the start and end failed to put it all together.

See it if you want to support new playwrights & actors. This play has potential w/its relevant theme(s), but it's not quite there yet.

Don't see it if you expect to hear a hypothesis and/or some conclusion to the "case study". Unfortunately, the 2 Acts don't connect so you're left hanging.

Also I wanted to like this one so much more.

Usually enjoy & like to support playwrights who take their projects head-on & perform in them. Kudos to playwright Ajinkya Desai ("Jayant" in Act I & "Aaron" in Act II): very good actor & strong writer.

First Act can stand on its own as a separate play, w/a ton of expansion & character development. Ajinkya & Jake Phillips ("Axe") were very good.

Second Act was just ok, w/no new ground explored or expanded on, in the tired (but true) typecasting story-line. Ajinkya was again the stand-out here. Tracey Remarais ("Morowa") was barely palatable as the typecast black actress.

The opening & closing street scenes made zero sense to me. Moreover, following each street scene, the "Social Scientist", played by Robert Maisonett, doesn't present his hypothesis nor share his conclusion based on the 2 Acts we saw.

There's potential here. Right now it feels unfinished, & again I don't get why these 2 pieces were put together.

See it if You want to see two two-handers that stand well on their own. Want to see a play that discusses POC casting.

Don't see it if You are expecting to walk away with something psychologically profound in nature.

Also A Case Study is the rare example of a play wherein the whole is actually lesser than the sum of its parts.

The two acts are strong but the frame narrative that holds them together is weak.

Ajinkya Desai and Jake Phillips have great chemistry. Though their act is undermined by an ending that seems to belie the hypothesis brought forth by the sociologist.

SPOILER ALERT. It seemed to me that Jayant, while initially confronting Axton, ends up acquiescing, learning nothing.

Spoilers over. All in all though, I really enjoyed the act as a charming two-hander.

Desai is less believable in his second role as an agent, where I thought he just read a little young, He seemed to be more plausibly a student than a thirty-something power broker.

Act II though, yet again, works on its own merits. It's a very real and relevant conversation about race in casting, and the dialogue feels spot on.

With some readjusting concerning how these two stories are linked, I think there's something here.

See it if Want to support young actors and first time playwright. Subject matter worth exploring and acting was ok but overall didn’t work

Don't see it if You want a polished production , developed characters, coherent script

See it if you want to see up & coming playwrights and good acting.

Don't see it if you thought it was a musical.

Also Hard to judge bc the playwright is also the director and plays 2 roles in the piece. Though the message is a necessary one, the subject needs a fresh angle.... Read more Read less

“A Case Study of People with Labels: Meeks and Minorities” hasn't been reviewed by any Critics (yet!) 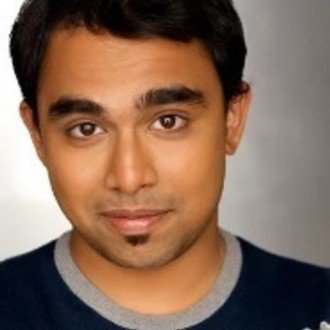 Ajinkya Desai
Playwright
Get Alerts Alerts On Alerts Off 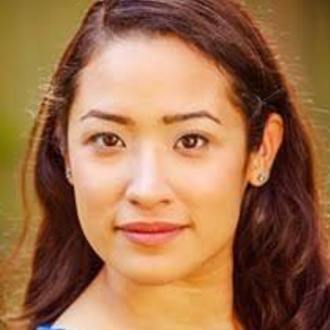 Suzelle Palacios
Director
Get Alerts Alerts On Alerts Off