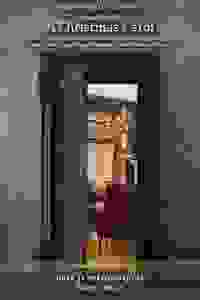 Adapting Dickens’ little-used original performance text, Origin’s immersive staging transforms the Chelsea home of the actors Rip Torn and Geraldine Page. They fill the 19th century townhouse with the sights, sounds and smells of both a large Victorian home, and a more modest dwelling circa 1853, which will heighten the inter-dependence of the haves and have-nots inherent in the story. Mince pie and mulled wine, prepared on the premises, will be served during the performance. A small, multi-racial chorus singing period carols will also evoke the season.  The one-man version of the story features the distinguished African-American opera singer and actor Elmore James.

See it if Wow - A Christmas Carol like it was meant to be experienced. From beginning to end, felt taken care of (minced pie, mulled wine, warmth...)

Don't see it if If you are a Scrooge! Read more

See it if You're feeling festive

See it if You would like a unique environmental Christmas holiday outing along with a classic traditional story. Mulled wine and Mince pies included!

Don't see it if You hate Christmas

Don't see it if You get bored easily.

"With only one performer playing all roles and a three person chorus singing carols at the beginning, this classic tale has charm and wit...The result is a lovely recitation of a holiday classic. It is full of theme, and rich with perfectly executed text...Director Erwin Maas has made certain that the depth of the text is understood throughout the entire play...Here’s to Origin Theatre, for also providing mulled wine and minced pie, a delightful addition to a surprisingly inventive hour of theater."
Read more

"No matter your knowledge of 'A Christmas Carol,' the comfort of the room and the striking entrance of our narrator is guarantee enough that a treat is in store...James performs 'A Christmas Carol' with all the over-the-top theatricality that only a Broadway veteran can bring...The other star of the show is the soundtrack...There’s nothing quite like having a great story read to you, and getting the chance to savour every word."
Read more

"A good time seems assured...James brings his resonant gravitas and operatic talents to bear and shares several in-jokes with the audience as his walks about the room enacting the different characters...One off-note is James’s almost snide Marley...Also absent—though much has to be cut for a reading—was the explanation of what made Scrooge as he was."
Read more