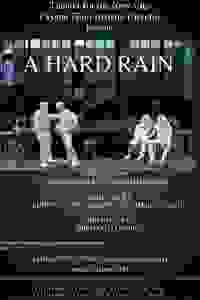 Mafia run bars, police corruption and virulent homophobia come under the spotlight in this new exploration of the circumstances leading up to the 1969 Stonewall riots, and the birth of the modern gay liberation movement.

The drama is set not in the infamous Stonewall Inn, but a neighboring, Mafia run joint - a pressure cooker of desire, anger and thwarted hope. It shows just how integral those conflicts were, and still are, to ushering in change and social progress. It brings the difficulties of personal tragedies and social prejudices to life and does something remarkable, by showing the strength and resilience of the human spirit through these wonderfully unapologetic, vibrant characters. Against a backdrop of Mafia-funded illegal gay bars, homophobic laws and police corruption, the habitual of the Stonewall Inn suddenly refused to accept another police raid and fought back. The Stonewall riots of 1969 marked the beginning of the gay liberation in the USA.

See it if You love a good show

Don't see it if You don't like a slow storyline