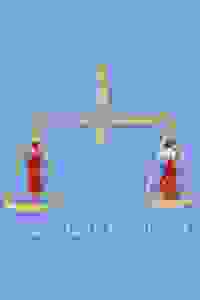 Metropolitan Playhouse revives Augustin Daly's 1892 comic and poignant commentary on marriage, family, and the contrast between county and city life.

Entrenched Victorian values meet fin-du-siècle ideas of freedom, as young, modern, and dashing Rob Fleming wrangles with his older, settled, and fusty father-in-law, Jessekiah Pognip. Originally titled 'A Test Case or Grass Versus Granite,' this production marks the first time the play has being presented since its premiere.

See it if you enjoy seeing a play from 1892 about marriage and living in small town or big city.Like the Mint Theater, Met Playhouse revives old plays

Don't see it if you like modern plays or comedies with modern humor. This is an old fashioned play. Read more

See it if Fun story, decent acting but...

Don't see it if Actors not great with comedy. Jokes fell flat. This should have been breezy instead it felt plodding. Metropolitan should stick to drama.

See it if Would you like a very old fashioned comedy.

Don't see it if Would like something quick and edgy. Read more

Don't see it if Venue is very inconvenient hassle for most people. Reserved seats force others to sides for inferior views; unisex bathroom awkward to use. Read more

See it if If you like to see great costumes which this company is known for. Some of the acting is good but the play is slow.

Don't see it if If you do not have patience.

See it if You like comedies of manners. The acting for the most part is great.

Don't see it if You want a breezy, quick witted play. This can be very slow at times.

Don't see it if You don't have the patience for a 2.5hr+ running time. You don't like small venues. You find 1890s vernacular confusing.

"Well stocked with actors with a solid grasp of high-comedy style...'A Marriage Contract' isn't consistently dazzling, but it remains engaging, and Roe's direction has many clever touches, beginning with the opening...I also enjoyed the Act II opener...The company still has work to do, however, in terms of production values, all of which are far beneath the level of the performers, and all of which are crucial for realizing the style of plays such as this."
Read more

"'A Marriage Contract' takes a while to work up a head of steam. But the cast...warms things up, especially as the plot floats away on those Champagne bubbles. There is a great deal of fun to be found in the play's second half as the two pairs of lovers and the hapless Nathaniel work through their problems and provide the audience with its happy ending. Roe helms the production with its relatively large cast of 12."
Read more

"While 'A Marriage Contract' is a charming evening and has much satire that is still relevant, its genre is that of drawing room comedy. While stylish and graceful, Alex Roe's production is much too broad to be entirely successful. Several of the actors give over-the-top characterizations of recognizable types which somewhat unbalances the play."
Read more

"The old farce still does have some laughs left in her, although one has to appreciate the limited circumstances of budget and casting under which she wheezes…The contrived plotting is charmingly old-fashioned as are much of the stagey dialogue and constant asides…Its occasional wit and lack of prolixity are in its favor…Roe's competent but mostly unexceptional cast…keeps things lively. Still, with four acts running well over two hours, interest often flags."
Read more

"It’s a city-country comedy, the 1892 version of red-state/blue-state polarization, with occasional sharp-edged lines that strike altogether contemporary chords...Daly is neither a subtle thinker nor a socially/politically minded one. But he is, in playwriting, a highly skilled charmer who knows how to keep an audience amused...If Roe’s company plays a tad rawly, they also play with a bouncy spirit that seems to mirror the urban brashness with which Daly infused the script."
Read more

"Written 125 years ago, it still can elicit laughs through clever wordplay and is firmly planted in situation comedy land...Roe effectively stages the play in their small, intimate space and keeps the action (and clowning) moving along...The play is still funny despite its age...With the exception of one cringingly awful performance (in a very minor part), the cast is good...Greatness might be achieved by ratcheting up this broad comedy a notch or two. Overall, a welcome discovery."
Read more