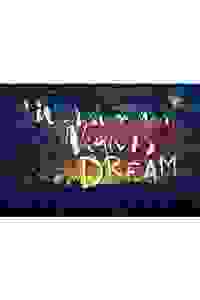 "Would you ever really want to meet a fairy?" In a time when belief in magic has faded from our world, a group of actors rehearsing scenes from "A Midsummer Night's Dream" in the woods happen upon a lonely fairy. Driven by a sense of joyful mischief, he enchants them to perform for him.

See it if you’d like to experience a lean, clear, fast-paced, intimately staged production of Shakespeare’s most magical confection.

Don't see it if you prefer to keep your distance on the onstage mayhem: things get close here.

Also I first attended a production of Shakespeare’s brilliant confection of fairies & the confusions of love in early 1969. The girl I’d take to my senior prom starred at Hermia. After 5 decades & unnumbered productions, I’m happy to report that fledgling director Brendan Averett’s is among the most memorable I’ve seen in years. One directorial sleight of hand begins the action with a slice of the Rude Mechanicals rehearsing, which, when Puck invades, conflates the theatrical with the magical from the start. Extensive tripling of roles & reducing the fairy world to personifications of Puck keep things compact & moving. All 4 loving couples are endearing. An uncommonly athletic Oberon helps push the typically frantic goings-on up a notch: All 4 passageways to the stage are in use when the action gets thickest. And how good to hear actors using the verse line & extensive rhyming to enhance understanding instead of succumbing to a singsong that can render the play’s fleet music monotonous.... Read more Read less

See it if you'd enjoy a new take on this play. I found it fast paced and difficult to keep up with the wordiness but enjoyed it overall. Music a +.

Don't see it if you want the traditional play or you do not like intimate spaces with basic staging and actors coming at you from all directions.

Don't see it if You don't like verse plays. You want to see a less performed Shakespeare play. You want a play w/bigger production values.

See it if You love the Bard (or at least the comedies) and want to see a slightly off-beat version of it.

Don't see it if You're expecting a play about Shakespeare and not the material itself. Somehow the promotional material confused me.

See it if You like this play specifically or Shakespeare's comedies generally - this is a decent production; mostly well-acted and staged.

Don't see it if You don't like framing devices - here it sort of trashed the ending; it's supposed to be upbeat and fun and here it ... just wasn't.

See it if Whether you like Shakespeare or not, Shakespeare in The Park always delivers. And it’s free.

Don't see it if Want to watch Netflix instead.

See it if you like intimately staged Shakespeare, you like Shakespeare at all-- because this production is exceptional for an off-off Broadway space.

Don't see it if you want some distance between yourself and the action, you don't want to travel to Queens, you are tapped out on watching Shakespeare

Also This was one of my favorite productions of A Midsummer Night's Dream that I've ever seen, and I've seen plenty. The actors shone across the board, which is great since the production doesn't have a lot of bells and whistles. The set is simple and never changes, and the sound and lighting design are effective but never overwhelming. This production was charming in its honesty and unadorned examination of the very real human interactions happening in a fantastical setting. I was particularly impressed by the two actresses playing Hermia and Helena. They were both so alive and natural with the text that it really did seem like the words were literally springing into their mouths extemporaneously.
I also appreciated some of the creative direction which showed up in this production-- Titania's fairies were all played by Puck, which gave Puck yet another added layer of complexity-- does he/she serve Oberon? Titania? Both? I also liked Puck's darkness and potential danger. Recommend!
... Read more Read less

Don't see it if You want a big flashy production or don't like Shakespeare.

See it if you appreciate individual talent. The actors themselves for the most part were very good and could switch between characters with ease.

Don't see it if you suffer from secondhand embarrassment. Staging and unnecessary dancing was very cheesy and detracted from the cast and the play itself.

See it if It was good experience to see Shakespeare’s play.

Don't see it if It was not easy to follow because of the language.

See it if Best show

Don't see it if Will not regret it

See it if You’re up for a fun, classic rendition of Midsummer.

Don't see it if You hate Shakespearean plays.

Also I imagine this version was close to the way Shakespeare imagined it. The troupe had their work cut out for them by each playing 2-3 characters, and they all rose to the challenge, using their physicality and voice (and a little bit of costuming) to differentiate characters. This production nailed the joyful spirit and heartfelt tone of Shakespeare’s classic play. There was balance between the darkness of the forest’s secrets and the lightness of the misunderstandings that ensued.
The set is simple, yet effective, bringing us into the world of the forest, but letting the characters and the text fill the space. The staging & music kept the play’s momentum going during long stretches of text, filling them with story and tormented relationships.
It was nice to see such a diverse cast!
The only part I didn’t like was Bottom’s mask. I appreciated the nature-inspired design (and it’s a beautiful mask) but we lost the actress’s actions because the facial features weren't well-defined.

See it if You like Shakespeare and classics that have a modern flair without being too outside of the box.

Don't see it if You’re confused by Shakespeare. You aren’t comfortable in a very intimate setting.

“A Midsummer Night's Dream (NY Shakespeare Exchange)” hasn't been reviewed by any Critics (yet!) 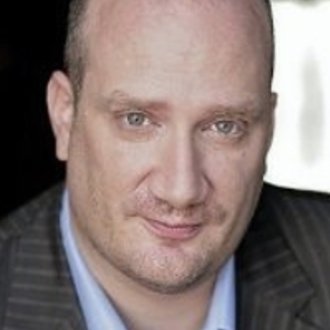 Brendan Averett
Director
Get Alerts Alerts On Alerts Off 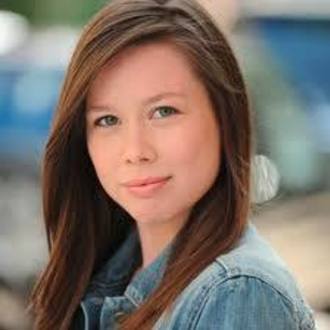 Jessica Ranville
Puck, Egeus
Get Alerts Alerts On Alerts Off 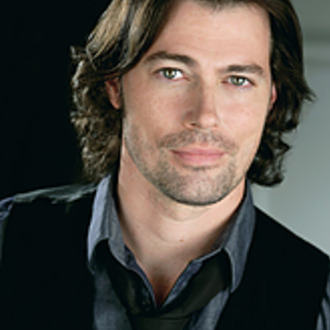 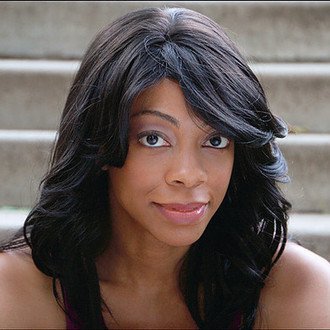 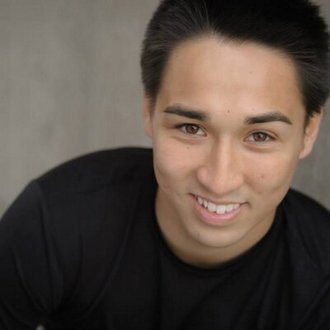