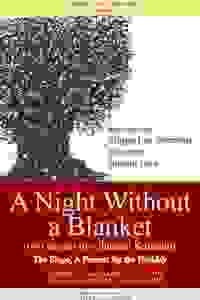 View in admin
A Night Without A Blanket
NYC: East Village
Score it Scored!

A Night Without A Blanket NYC Reviews and Tickets

Theater for the New City presents a solo dramatization of two tales exploring the political, social, and human realities of the Palestinian people at this critical period in history.

Margo Lee Sherman performs two stories by Ghassan Kanafani, well-known for his contributions to contemporary Arabic literature. The stories capture real accounts of the lives of the Palestinian people as told through the voices of children. In "The Slope," a child tells the story of his father, a shoe repairman, who works day and night to earn enough money to send his kids to school. "A Present for the Holiday" is about a journalist whose receive a call in the middle of the night from a man who wants to give presents to the kids living in a refugee camp in Jordan.