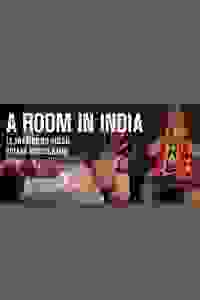 A Room In India

This new work from Théâtre du Soleil follows the adventures of a touring French theater company stranded in India without a director while the world around them falls into disarray. More…

What is the role of theater and art in a world dominated by terrorism and hostility? Performed by 35 multinational actors, this show explores Eastern and Western drama and features a special performance of Terukkuttu—a traditional form of theater practiced in South India. The production touches on pressing issues that societies around the globe are currently facing, from terrorism and religious extremism to climate change and gender equality. The end result is an exploration of how to talk about the chaos of a world that has become incomprehensible.

Performed in French, English, and Tamil, along with some Arabic, Japanese, Russian; English supertitles are presented throughout.

See it if ...you want to see recent work from an acknowledged master of world theater, or if you're interested in the interaction between East & West.

Don't see it if ...you have a short attention span, or speak no French & hate having to read surtitles to understand what is going on.

See it if you like your theatre messy and chaotic. However, it is both visually and orally stunning.

Don't see it if long evenings in the theatre isn't your thing. Many walkouts at the intermission.

Also Seeing The Mahabharata, performed in the Terukkuttu tradition was a highlight of this production. Fine ensemble work.
Extraordinary design work! Everyone should see the work of Ariane Mnouchkine at least once in a lifetime!
... Read more Read less

See it if Have never seen them before. Cleverly staged and lots of ideas

Don't see it if Want something not 4 hours long - why was that? Too many ideas and not much developed.

See it if you like to see a show that is very funny, with political references, good singing, dancing and costumes.

Don't see it if you don't like long shows.

See it if You like challenging theater that asks is theater relevant? Can you make fun of terrorists? Does Terukkutu still have the power to move us?

Don't see it if You aren't willing to spend 4 hours reading subtitles and listening to foreign actors struggle with English in a loosely structured format.

Also For 53 years Ariane Mnouchkine has directed artists from all over the world in a communal troupe seeking to distinguish itself from "bourgeoise theater" by tackling timeless themes with a mix of contemporary. classical, ancient and primitive theatrical forms.
The sequences dramatized in the early Indian theatrical form of Terukkuttu were spellbinding.
... Read more Read less

See it if You are a fan of Mnouchkine's Theatre du Soleil which specializes in a unique brand of spectacle, here with a multi-global troupe of actors.

Don't see it if you object to fragmented, episodic material about the meaning of theater in world's current state and historically-must like Indian music.

Also I love the work of this company which is fond of long playing times, this being one of Mnouchine's shorter efforts. Her ability to combine different aspects of the theatrical experience and her ability to connect the dots, albeit loosely continues to fascinate me. Her work is at once
serious, funny, beautifully staged and thought provoking. Would highly recommend her unique vision of the world regardless of which production comes to town.. Extremely entertaining, but not to everyone's taste, because she is quite intellectual and a "provocateuse"!
... Read more Read less

Don't see it if questions of cultural appropriation preoccupy you: company of 36, representing 26 nationalities, blithely traverse various genres and forms

Also This is a fever dream of visions in the form of an argument for the continued relevance--in the face of global upheaval of unprecedented chaos and violence--of theatre as a way of telling our stories to one another and of making sense of our world. Yes, it is digressive and perhaps indulgent in its length, but the aggregation of stories is ultimately greater than its parts. In any case, it's a rare and welcome opportunity to see work of scale, ambition and ensemble excellence from one of the world's master theatre makers.... Read more Read less

Don't see it if You hate sitting through four hours of spiraling confusion. Edgy and fascinating for just so long. A nightmare to behold

See it if for political and social themes, imaginatively handled

See it if You like really way out theater.

Don't see it if If you like to be entertained.

See it if you must see Mnouchkine's work

Don't see it if you enjoy a coherent drama or comedy

See it if With the reputation of the Director that I expected better. Great India Epic stories but also the usual suspects of the Muslims. Go figure.

Don't see it if You want linear story and the dream sequences kept on interrupting by the phone rings and bathroom breaks.

Also I gave a higher Score of 75 for trying hard. The Mahabharata Epics were performed well. But the Director threw in the machine guns tottered Muslims, Shakespeare, Chekhov and Charlie Chaplin at the end for good measure.... Read more Read less

See it if you like cirque du soleil, colorful costumes, and busy stage.

Don't see it if you like to have a plot to follow. Also, if you are annoyed by cultural stereotypes this show has a plenty.

Also It's as grandiose as you'd expect from the Armory. It's colorful. It's busy. It's a lot. You are in someone else's dream. This dream is filled with monkeys, terrorists, mythical figures, bearded men, beautiful women, songs, dances, and some mild stage effects.
The plot is rudimentary: a French theater troupe is stuck in India, since their director, annoyingly named Lear, in case we miss the reference to our Father of Theater (who also makes a cameo appearance), went mad. His assistant, annoyingly named Cordelia, is tasked to mount the show all by herself. She's running around like a mad headless chicken, and the only thing you can rely on her to do is to pee and poo continuously. After each episode of screaming, running, and peeing, she collapses in her bed and dreams of stupidly funny terrorists, of women abuse, of Syrian refugees and of Mahabhartata tales.
If this sounds confusing, think of the last time someone was telling you their dream. For 4 hours telling you their dream.

See it if You know the Mahabarata and would appreciate a pastiche of visions about Indian, Japanese and Western theatrical traditions. Love Mnouchkine

Don't see it if You don't have patience for deliberately disconnected scenes and repetitions. Couldn't tolerate four hours without much of a narrative line.

Don't see it if you've seen Mnouchkine's previous work. This production is a compendium of retreads of world theater techniques she has borrowed before

See it if You are interested in devised theater and orientalism [sic]. The Indian dance theater sections are amazing, the cast extremely talented.

Don't see it if You're enraged by the enduring racism of fancy European directors.

Also There's great beauty here, and amazing performers, but there's also a lot of jokes about how darned hard it is to pronounce foreign words and be in foreign places, and how all muslims are bearded fanatics, along with some tedious musing on the value of continuing to create theater in this modern world, and a lot of 'it was only a dream' re-starts. I expected more from a great director in the twilight of her career.

"Terukkuttu", guys, it's not so hard to say or remember. It isn't hilarious to garble it. You were bad guests.

See it if you like social commentaries, slapstick, reflection on the creative process, traditional Indian dance, experimental theater.

Don't see it if you don't like experimental theater, you want a story that is more profound.

“There is something especially anarchic and encompassing about ‘A Room in India’. It sometimes feels like watching a chicken dance with its head cut off...Though the work’s structure is comically recursive, eventually the visions point more insistently toward one subject and one style. The subjec...
read more
Get Alerts Alerts On Alerts Off
"Mnouchkine's new devised piece runs wild in a pell-mell pageant of comedy, anxiety, and artistic self-doubt...The centerpieces of this production are gorgeously ornate musical numbers depicting scenes from the Mahabharata, performed in the Terukkuttu tradition...'A Room in India' is a defense of...
read more
Get Alerts Alerts On Alerts Off
"In keeping with Mnouchkine’s wide-reaching, allusory style, the show is in conversation with myriad other works of art...Cornelia’s questions and Mnouchkine’s are one and the same, and 'A Room in India' is at its strongest when it doesn’t answer them but simply lets them multiply...It’s a courag...
read more
Get Alerts Alerts On Alerts Off
“These fevered scenes are performed with mesmeric detail...So much so that we may be seduced into overlooking the sophistication of the enterprise...The long first act flies by swiftly while the second, shorter act, has its longueurs, and the bitter irony of the ending...may be lost on some. That...
read more
Get Alerts Alerts On Alerts Off

Theatre du Soleil
Producer
Get Alerts Alerts On Alerts Off 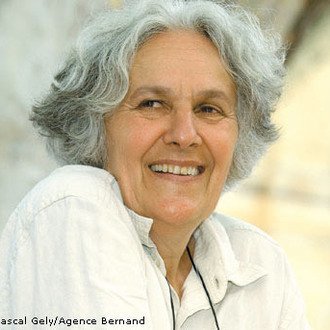 Ariane Mnouchkine
Director
Get Alerts Alerts On Alerts Off 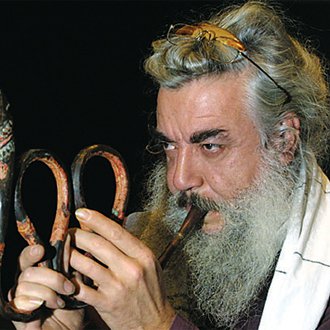 Jean-Jacques Lemetre
Composer
Get Alerts Alerts On Alerts Off 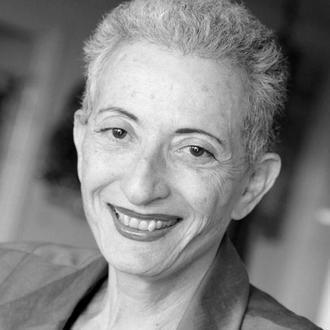 Helene Cixous
Composer
Get Alerts Alerts On Alerts Off

Park Avenue Armory
Producer
Get Alerts Alerts On Alerts Off