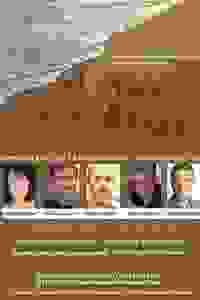 View in admin
A Walk on the Beach
NYC: East Village
82
Score it Scored!

A Walk on the Beach NYC Reviews and Tickets

A new drama about the Kennedys, politics, art, media, and what happens when they clash. Based on a true story.

In 2000, David Lewis, a sculptor in Cape Cod, designed a statue of John Fitzgerald Kennedy and his son John Jr. both as men walking on the beach. The idea was to give the two a moment together that they never had and to give the Cape a beautiful work of art. 'A Walk on the Beach' explores the controversy that developed when a local paper championed the idea that this statue contradicted, even spit in the face of, history.

See it if If you want a period piece on JFK. Very informative and entertaining.

Don't see it if If you want a big stage production or a musical.

Don't see it if You’re looking for a musical.

See it if You are a Kennedy fan. Reminders of great speeches. Hearing the speech JFK would have given the day after Dallas was worth hearing.

Don't see it if Hagiography is not your style. You dont have patience to wade through a 15 min dead space starting Act 2. Read more

See it if you are interested in serious treatment of art vs history, fake news and/or the power of suggestion.

Don't see it if you want comedy or music, or a fancy theater. Read more

See it if you are interested in everything about the Kennedys; are curious about this story based on a true controversy

Don't see it if You're looking for something light

See it if if you enjoy shows with a historical nature and if you especially liked the Kennedy years and legacy.

Don't see it if you want an exciting show with a huge conflict or if you don't care about the relationship between politics and art.

See it if You want to see good acting and interesting story...

Don't see it if You want big names and a fancy set..