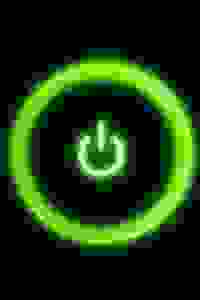 Together, they present the world premiere of three one-acts inspired by the theme of power.

'I don’t know what I can save you from' by Neil LaBute, directed by Marco Calvani
An estranged father and daughter meet to negotiate a new relationship. Old wounds surface and new ones appear as they grapple with the past, present, and future of their complicated bond.

'After the Dark' by Marco Calvani, directed by Marta Buchaca
A designer is on a business trip with her young assistant. Late in their hotel after a night of drinking, the boss (eager to boost her company sales), and her underling (who has other plans for the evening), play a cruel game that reveals their respective fragilities.

'Summit' by Marta Buchaca, directed by Neil LaBute
After a decade in office, a male city mayor is defeated by the left-wing female candidate. A conservative who can’t bear the idea of a progressive woman taking over his seat, the outgoing mayor is in no hurry to leave, even when his successor arrives to assume power.

See it if It is a great concept. and so well done. Each author directs one of the one act skits written by another in a sequence of couple

Don't see it if only if you abhor short plays. (these are winners) Read more

See it if You want the unique opportunity to see 3 short, intense character pieces by noted writers, each directing 1 of the other's work.

Don't see it if You don't like 1-act plays. You want a play w/elaborate sets & costumes.

See it if Theatre with a Capital T, what an evening in the theatre should be, engrossing, thought provoking, involving, can't forget you've been there

Don't see it if you require "huge" production values to disguise the fact you're in world of play & conflict, other people's problems/conflicts = boredom 2u

See it if You like the short form. Short, self contained unrelated one act-ers each on a minimalist stage.

Don't see it if You want a more "complete" theater going experience with scenery and proscenium stage. You want your plays intertwined. Read more

Don't see it if you don't like short plays. if you find tight seats (no arms) on bleachers uncomfortable.

See it if You want to see plays about a father daughter relationship, a woman who becomes the mayor and a designer going out on a limb.

Don't see it if You need elaborate staging. You don't like short plays. You are too serious and can't sit back, relax and enjoy the shows.

See it if you appreciate short sketches with minimal sets, small casts and intense drama focused upon relationships and perspectives tensions/changes

Don't see it if you prefer comedies, musicals, light or simplistic themes or longer dramatic works with complex set and costume design

Don't see it if you're not a Neil LaBute fan or are looking for traditional two-act play, elaborate production, likeable characters (fiercely portrayed) Read more

"'After the Dark:' Under Ms. Buchaca’s direction, many of the shifts in dynamic compel, although an unthinking equation of sexual desirability and power needs more scrutiny...'Summit:' Absorbing...Under Neil LaBute’s direction, a few details feel off...Ms. Buchaca’s play is so topical that it resists analysis...'I don't know:' LaBute returns to his frequent and rather tired assertion that most men are brutes, and most women are witches...I wished I were somewhere else."
Read more

"An intriguing evening of one-acts...Innovatively and minimally staged...’I don’t know what I can save you from,’ the last one-act, is the most astounding and manifests a fitting ‘boom’ to the evening. Calvani’s superb direction of the wonderful Crovatin and the equally amazing and versatile Kind is devastating and nearly surreal…The concluding revelation at once clarifies and shocks, thanks to the masterful actors, exceptional direction and LaBute’s writing, which distills disturbing genius."
Read more

"'After Dark:' While at first this seems to be pretty much Colin's show, Jessie turns out to be more than just a sounding board for a tour-de-force monologue...'Summit:' Despite LaBute's pacey direction and the author's smart dialogue, the play's super timeliness exacerbates that it comes off as somewhat contrived...'I don't know:' Kind gives his usual standout performance...Covatin is a star in the making...These intriguingly connected plays are well worth a trip to La MaMa."
Read more

"The direction is strong, each playwright making the most out of a fellow artist’s somewhat mundane material. These are three lugubrious stories with rather unlikable people. Each play has two characters in a power play, in which the person seemingly in charge is one-upped by his/her victim…The most original play is LaBute’s...The repartee between miscreant father and resentful daughter is hilarious...Kind and Crovatin execute their gamesmanship with depth and perfect comic timing."
Read more

"Neil LaBute has teamed up with Marco Calvani and Marta Buchaca to present three plays that are 'surprising takes on the idea of power dynamics'...How relevant and thought-provoking these plays are in that climate is somewhat problematic. In all three short plays–two in translation–the conflicts and motivations of the characters are clear. What is not clear is why these believable conflicts drive such muddled and often less-than-fun plots."
Read more

“The acting is for the most part stellar. It’s a brisk and engrossing evening of theater…’I don’t know what I can save you from’ is the most complex and subtle of the plays–the one I’d see again in case I missed something…The three 'power' plays leave you with the good feeling of having been well exercised. It’s perhaps surprising that none of these one-on-ones relies on traditional romance. They’re about other things, and they’re refreshing!”
Read more

"The realism of LaBute, Calvani and Buchaca’s plays tugs at the heart and mind. On one hand, to offer some solutions or hope of change regarding sexism, ageism, and male authority would have been a confirmation that the hard work of the past has had some effect...The playwrights demonstrate how male and female power is still highly unbalanced in our society, and that male power is still able to flip the tables, often in brutal ways."
Read more

"LaBute, Marco Calvani, and Buchaca explore power struggles of varying natures in three one-act plays, and in doing so have created a phenomenally thought-provoking evening...The disconnect between different age groups and time frames is intelligently brought to life in 'Author Directing Author,' while the most 'powerful' aspect of the show is in its ability to explore the many facets of the human desire to be dominant, and what that entails once it has been achieved."
Read more