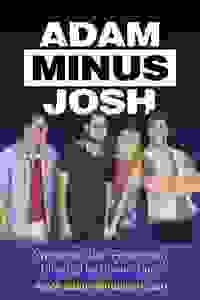 This new comedy about a newly single gay man examines the chaos of gay dating culture, skewers our need for social media, and explores the challenges of navigating an entirely new dating world. More…

Adam and Josh have been together for eight years... but now they’re not, and everyone has an opinion. In "Adam Minus Josh," Adam attempts to figure out what’s next with some help from his oddball neighbor Will, profligate friend Jordan, and suburban sister Rachel.

See it if A somewhat humorous show about 4 main characters. If you want some laughs.

Don't see it if Show that needs some cutting. A faster paced complete show.

Don't see it if u don't appreciate jokes at the expense of nearly every gay cliche; u seek any deep, profound or original thoughts on coping with a breakup.

Also While there are quite a few laughs (with so many jokes stuffed into the play, a fair amount of them are bound to land), this material would have been better suited to a web series in short, 15-20 minute episodes instead of one long (very long) hour & 45 minutes.

Don't see it if Tennis match seating works and doesn't work. It takes superb actors to handle it. Much inside gay humor.

See it if you would like to escape to the lives of four young characters, well-portrayed, in a quick paced comedy on a subject known to most.

Don't see it if you don't enjoy making light of others personal relationships or do not enjoy gay humor.

See it if You enjoy "eye candy" as there is an underwear scene with two of the guys.

See it if You know someone in the cast or you live for those diamond in the rough jokes.

Don't see it if You want a story that goes somewhere, characters that aren't stereotypical caricatures, scenes that drive thing forward, comfortable chairs

See it if Want to see a slice of life as a gay man in today’s society.

Don't see it if You’re homophobic.

See it if an LGBT romp with excellent cast & intimate staging is your cup of latte, skirting dangerously close to caricature but laugh filled

Don't see it if LGBT characters & situations are not 2 your liking, no way out seating with no knee room distresses U, intimate staging 2 close 4 comfort

Lloyd 6047
Manhattan
Male
393 reviews
Get Alerts Alerts On Alerts Off
80
Gay guy gets dumped, friends and sister to the rescue
October 22nd, 2018

See it if Charming contemporary gay comedy. Fast-paced with lots of zingers (perhaps too many). Talented cast. Tiny theater with seats on two sides

Don't see it if you're not up for light comedy with gay characters. Thin plot but lots of fun. Believable characters, not too much on the nelly side.

See it if you want a fun, light show about the boy who gets dumped and his friends. The sister is a scene-stealer!

Don't see it if you don't like gay comedies. The characters were loveable, but very cliche. Still a fun watch in a small theatre.

See it if you're cool with yet ANOTHER gay break-up story, w/supportive friends, family, & an over-bearing Jewish mother (on voice-mail).

Don't see it if you're expecting some sort of miraculous (original) revelation into break-up scenarios, or at least some NEW good humor.

Also We knew the set-up going in...

...but there was no arc which means there's no resolve. Ugh.

"Adam" (Marc Sinoway) is the only likable sane character we wound up caring about. Neighbor "Will" (Jesse Reid) is too unbelievable (why would "Adam" be friends w/him???) & the ending HE gets is 100% unfathomable. Lindsay Lake (off-beat sister "Rachel") steals the show w/her excellent delivery.

David Edwin ("Jordan") has most of the tired gay one-liners, & feebly attempts to deliver them while bouncing on the balls of his feet (& waving his arms) the whole show. Sadly, they fall flat.

Often an exciting vibe when family & friends take over the house. Unfortunately @ last Saturday's matinee it felt like the rest of us were sitting in THEIR living-room(s): non-stop talking @ the most inopportune moments (instead of waiting for the quick scene-changes) & unending unwrapping of hard-candy. Excruciatingly uncomfortable, as we felt helpless to ask them to stop.

Wish we could get those 100min back.

See it if Interested in relationships gone bad in the big city.

See it if If you love seeing a small cast, in a nicely-staged, blackbox theatre, with clichéd tropes andof course LGBT. It was okay. I missed a "free"

Don't see it if Performance and had to pay to reschedule. I didn't mind. I love seeing myself on stage.It had its moments, but, really needs some tightening

See it if You want a few laughs. Some of the dialogue is clever and funny

Don't see it if you want a show with a complex plot. The funny lines work but there is no central conflict. the sister character is a cliche & poorly acted

See it if You want a light, cute, gay-centered show with funny banter and delightfully quirky characters. It has the feel of a Will & Grace episode.

Don't see it if You resent cliched characters. There’s the nice guy lead, the oddball, the slut and the outrageous, in your face girl. Also, needs tweaking.

Also I had a fun night. Even though the show is full of cliches, it isn’t aiming for profundity. From the very off, off Broadway venue, complete with folding chairs, I feared it would be an amateurish production. I was pleasantly surprised. I laughed a lot. I felt invested in the characters. All four actors can act and have good comic timing. However, the show needs work. Not all the jokes land, though many do. The playwright seems to have trouble writing for Will in particular, whose lines are too often creepily weird rather than amusingly weird. It also starts to drag, even as the final thirty minutes are the strongest. It would benefit greatly from being fifteen minutes shorter. Still, it delivers the funny, sweet-natured gay comedy you would hope for from the title and poster. If that’s what you want, you won’t be disappointed.... Read more Read less

See it if you enjoy a comedy about dating in today's gay culture. An ambitious work that needs further development. Good use made of a small space.

Don't see it if you are offended by gay men trying to find their place in today's world.

See it if You are intrigued by a funny, romantic-break up comedy that feels genuine with a quirky and delightful supporting cast.

Don't see it if You have just been through a break up and find the subject too painful. If you aren’t interested in a gay piece.

Also The play is well-written with well defined and entertaining characters. While some jokes don’t land, the show remains engaging. I was impressed with all the actors. I felt the role of Adam could use a bit more personality. He’s outshined by the more colorful supporting roles. Though not perfect, it’s a lot of fun. If the theme attracts you, please support this surprisingly good, very intimate, off, off Broadway production.... Read more Read less

Don't see it if you think Gay Camp is offensive, need to sit away from the action

See it if you like lgbt dramedies, or want to relate to coping w/ break up, or simply use your spare 2 hrs wisely on intimate (staging) entertainment.

Don't see it if you dislike intimate settings, lgbt themes & non-musical dramedies, but you will miss out on great acting, clever writing, and eye candies.

See it if Easily relatable and funny. Breakups happen all the time but how do you find yourself again when you’ve been with someone for so long?

Don't see it if Erratic humor, largely hit or miss and sort of feels a little forced on the acting part.

See it if you want a funny enjoyable night out (the first 30 minutes may worry). Small budget show with a cast trying to make set work in awkward room

Don't see it if you like stronger direction or don't like snappy sitcom jokes and non-jokes. You like LGBT shows that expands beyond the funny basics.

Also Enjoyed more than expected to. First 30 min needs cuts. Staging sometimes stagnant. Patron walked through a scene on the evening I was there -like they were a part of the diner. Lead is likely the strongest actor. The other kooky caricatures around him make for a fun evening - like a Seinfeld - or Dorothy.... Read more Read less

See it if you enjoy gay characters spouting funny dialogue.

Don't see it if you want more than hit and miss punch lines.

Boy Culture
"I just laughed my ass off at a performance of 'Adam Minus Josh,' a potent original comedy about gay dating by Dan Fingerman that's like evolved Neil Simon through a 'Mean Girls' prism...Reid's character is a bit too weird for me when first introduced, but there's more balance to him soon thereaf...
read more
Get Alerts Alerts On Alerts Off

Theaterlab
Producer
Get Alerts Alerts On Alerts Off 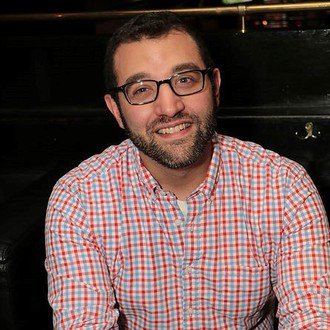 Dan Fingerman
Playwright
Get Alerts Alerts On Alerts Off 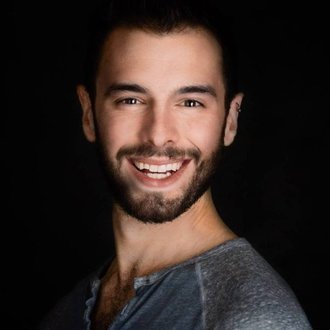 Dennis Corsi Artist
Director
Get Alerts Alerts On Alerts Off 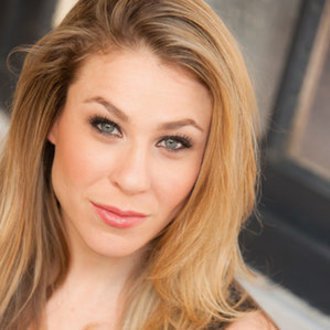 Lindsey Lake
Cast
Get Alerts Alerts On Alerts Off 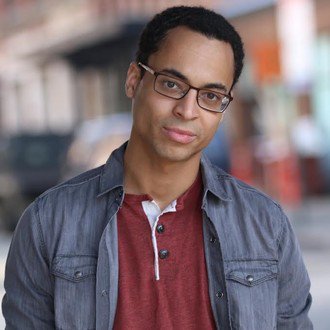 Jesse Reid
Cast
Get Alerts Alerts On Alerts Off 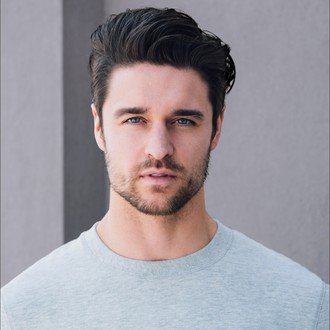 David Edwin
Cast
Get Alerts Alerts On Alerts Off 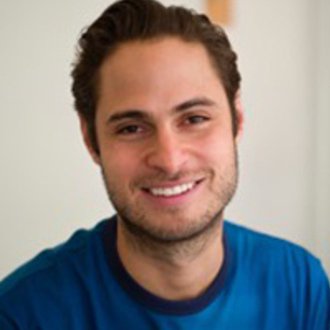 Marc Sinoway
Cast
Get Alerts Alerts On Alerts Off