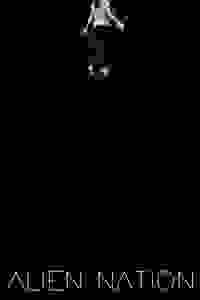 "Alien Nation" is a live, immersive alien movie about a group of college seniors who might be terrible people, and the race of aliens that invade their bodies to make them better.

Running from the FBI, who are coming to neutralize the extraterrestrial threat, these kids are forced to reckon with what it means to change, to outgrow and be outgrown by those you love, and to try to be a better human being. Complete with an original film score, dancing, stage magic, practical effects, a 360 degree set design, and more, "Alien Nation" casts and recasts its audience as extras in a wild, theatrical thriller tinged with existential regret.

See it if You want a 360 degree theatrical experience, great staging for this existential millennial sci fi thriller with a satirical sense of humor

Don't see it if You want a traditional play, also there’s a lot of standing and moving around, so be prepared to get stuck in fully if you want to enjoy it

See it if You want to see the next generation of great talent start to blossom in this city. Impressive acting, direction and writing all around.

Don't see it if You don't like to stand and move around when you see a show.