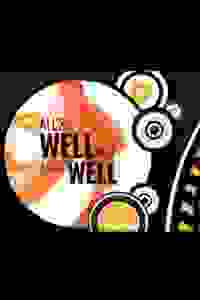 The Drilling Company presents a free outdoor production of the Bard's dark comedy reset in the South of France just before the fascist invasion of WWII. Part of the troupe's Shakespeare in the Parking Lot season.

Helena is the only daughter of a famous French physician. Although a gentlewoman, she is not nobility. For the man she loves, a count named Bertram, her rank is not enough. He rejects her but she follows him to the court of the King of France, who is ailing. Bearing her father's potions, she offers to cure the monarch on a gamble: If he dies, she will submit to execution, but if he lives, she can choose a husband from anyone in his court. She chooses Bertram, who is forced to marry her and does, but he flees immediately after the ceremony to Italy. The play offers side-splitting comedy in the self-serving machinations of Parolles, a disloyal associate of Bertram, and by a clown of Bertram's household. But its moments of levity are interlaced with gut-wrenching pathos, causing it to be labeled one of Shakespeare's "problem plays."

See it if If you love free theatre!

Don't see it if You don't know the story already.

"The Drilling Company has no problem whipping up a high-spirited production of Shakespeare’s 'All’s Well That Ends Well'...While it has some dark overtones for a comedy (hence the 'problem'), this production joyfully embraces its comic core. A parking lot is the perfect venue for a play with a slightly split personality...Karla Hendrick’s direction is inventive."
Read more

“Director Karla Hendrick has masterfully condensed this Shakespeare comedy down to an enthralling two hours without an intermission. The show is clear, concise, bold, intelligent, and funny. Ms. Hendrick’s understanding of pace and timing brought this superb cast to perform as a well-knit ensemble. Once again, Shakespeare in the Parking Lot reigns as the best outdoor Shakespeare experience in the city.”
Read more