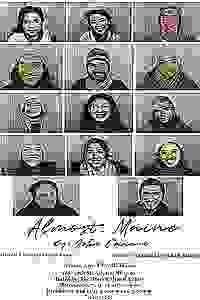 T.E.A.M. Theatre is a melting pot of culture and we are exploring through a multi-cultural multifaceted lens. We hope to bring some love and light your way this holiday season.

See it if you like quirky, refreshing theatre. This show is romantic without being cheesy. It's new, exciting, and just brilliant.

Don't see it if you like fast paced theatre.

See it if You appreciate great acting and writing.

Don't see it if You don’t appreciate the arts

Also Great job to the director of the show. The entire cast did a wonderful job. Especially the actress Melina Moghadassian who played impressively two roles in this show as Ginette and the waitress. Her talent is definitely outstanding and extraordinary. Her playing two completely different characters so truthfully was really fascinating! I would love to see some more projects of her coming up in future. Her uniqueness really stood out. Congrats ! Really enjoyed it!... Read more Read less

See it if T. E. A. M. Theatre put on a production of: Almost, Maine at the Greek Cultural Center, which was so beautifully set and directed.

Don't see it if If you don't love amazing acting!

Also The actors were all very talented and did a fantastic job! Special congratulations to Chrysi Sylaidi and her incredible performance as Rhonda! Her story closed the show in the most amazing brave and uplifting way reminding us all the unstoppable power and the hilarious reality of falling in love! Chrysi's talent to connect with her fellow actors on stage and with the audience through her performance is so palpable in a way that I haven't seen before! Her performance will stay in printed to everyone's heart for a long long time!... Read more Read less

See it if Amazing show! The writing and the acting were stellar! Chrysi Sylaidi rules the stage with a heartfelt, hilarious, award-worthy performance!

Don't see it if No reason not to!

See it if you believe in second chances, in hope. see it if you want to find a gem in Queens

Also I didn't expect an amazing show like this. the space was small so i was really involved up close. The actors were all perfect, i was drawn and invested the whole time. what struck me the most was how fluid all the stories flowed, and how every scene was developed. its like the direction really focused on the essence of the stories. My favorite was the "Story of Hope", the young lady Dorothea Gloria who played Hope showed a good display of versatility and range. She was amusing at first and then through out the scene as it became serious, she made me feel like im feeling what she is feeling. i cant help but get a bit emotional. Ms. Gloria really moved me. and her partner in the scene who is also from Manila was just the right balance. very subtle and mature. i hope i get to see more of Ms. Gloria's work in the future.
Then there were a couple more like "give back the love", and "My Heart" scene. all in all i this production team can deliver a strong show.
... Read more Read less

Don't see it if You're looking for something tragic. This play is all about the good feels.

Also The direction of Gwendolyn Snow was beautiful. Seeing the show made me feel and remember my own vacation in Vermont. I really felt like I was transported to another place and that I was watching riveting slices of life.

My favorite couple was Hope and Danny played by Dorothea Gloria and Russell Legaspi. Their scene felt so real and it really hit close to home. Watching them made me think of my own experience with love and it was just a nostalgic feeling for me (I have to admit, I even cried a bit). Gloria was so good at building up the funny moments and Legaspi answered them all flawlessly. Because everything was set up so well, the heartbreaking lines really punched a lot harder. I'm so glad I got to watch the show and watch them act on stage. They both did such an amazing job.

See it if You want to feel warm and fuzzy about love and life. It was such a great ensemble piece & the actors were enchanting. Direction is on point.

Don't see it if You hate love stories that will make you laugh and cry.

Also What stood out for me was the story of Hope (Dorothea Gloria) and Danny (Russell Legaspi). Gloria portrayed the character of Hope superbly. She was charming and funny throughout the entire play and I was moved to tears at the end of it. Legaspi played his character in a cunning manner that really shocked me when the big reveal at the end of the show came along. Both of them had good chemistry on stage and I was engaged 100% every step of the way. They gave a good mix of funny and heartbreaking moments. I was really touched by the end of the play.... Read more Read less

“Almost Maine” hasn't been reviewed by any Critics (yet!) 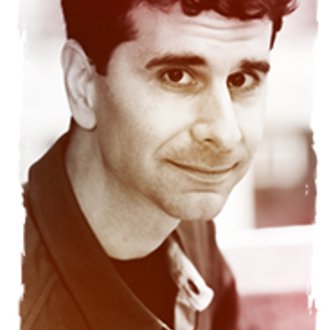