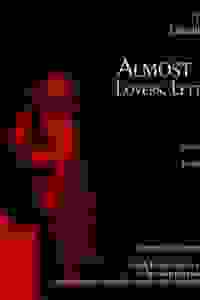 Theater for the New City presents an exploration of Mata Hari's entanglements with men, discovering that she and her subject share an addiction to dangerous love.

Actress Eva Dorrepaal investigates the process of preparing a play on Mata Hari, which forces her to examine a dangerous love affair in her own past with a man named Drazen Zabek: a handsome, irresistible mystic who worked as a street performer in Ghent. An outcast from Serbia and Croatia, he had settled in Holland and specialized in three things: performing as a green statue in public places, "liberating" himself and the women who loved him, and having sex to open the chakra of creativity.

See it if You like true downtown theater reminiscent of Cafe Cino. Theater that is daring, honest and self revealing yet not overly polished.

Don't see it if You like plays that contain easily digestible subject matter & straight forward narratives, or if you have trouble with nude female bodies.

See it if great show

See it if you are in NYC. I know Miss Dorrepaal from Edwin Brienen's films, I was very curious to see her live on stage and she is truly brilliant!

Don't see it if I'm so enthusiastic I honestly cannot find a reason to not give it a chance but if you like dry acting it might not be for you.

See it if If you like a mysterious film noir mood this is perfect.

Don't see it if You are more towards a glitzy full blown production.

Don't see it if you are not into nudity.

See it if You want to be inspired while taken through the journey of a creative artist and their quest, in this intimate yet surprising original show!

See it if You want to see an original great show!

Don't see it if You are too conventional!

See it if You want to feel moved about a very intelligent and deep love story.

Don't see it if You are looking for an empty show!

"Dorepaal brings to life two women so exquisitely individuated that the memory of this magnetic, one-woman play lingers as though performed by a diverse, brilliant cast...'Almost Mata Hari' tackles issues such as loss, betrayal and guilt, but Dorepaal’s wit and timing strike the ideal balance with lightness and laughter. Self-effacing humor, dark comedy, impromptu witticisms and hilarious impersonations add yet more color to this kaleidoscopic tribute to love, truth and creativity."
Read more

"Dorrepaal is an intriguing actress...Dorrepaal is a shape-shifter as a performer...In another actor, this could prove frustrating or make her seem uncommitted to her role, but in Dorrepaal, we see a range of emotion pass across her face in a small time span. Sometimes she looks beautiful, other times tormented. This shape-shifting of emotion seems more true to life in the face of dangerous love, which heightens the senses so that desire, fear and uncertainty exist simultaneously."
Read more