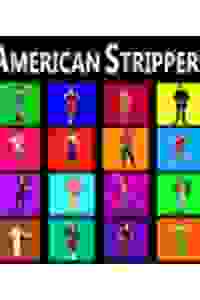 Part of FringeNYC: When the Greek goddesses throw a bachelorette party and crash a legendary strip club run by American folk heroes like Pecos Bill and Johnny Appleseed, all Hades breaks loose. Myth, sex, romance and culture clash in this outrageous cosmic comedy.

See it if you're curious about the current (and future) lives of characters of Greek myths and American folklore & enjoy clever writing, often poetic.

Don't see it if only the stripping aspect (just R-rated, a minor part) appeals to you. See it rather for its imagination & overall offer of simple pleasure.

See it if It's enough to have "Strippers" in the title, and you won't be disappointed by the dearth of actual stripping

See it if You're info Greek mythology

Don't see it if Your left brained enough you can't bet into hair brained plots.

See it if You know our mythology exists so we know how to think about our world.

Don't see it if You think Athena could NEVER have loved Aphrodite.

Don't see it if you aren't ready for strip club comedy.

Don't see it if You're looking for something dramatic

See it if You like clever comedy that also has great historical context.

Don't see it if You have a problem with sexuality.

Don't see it if You're a prude

"The problem with 'American Strippers' is that, even with its long run time, it doesn't do enough with this concept, and it's unclear which point Broccoli is trying to make about this country, if any...It's in the monologues that Broccoli always seems on the cusp of something...The strip numbers are fun, though at times the actors aren't completely in sync. And it is refreshing to see so many sexually fluid characters."
Read more

"Broccoli seems determined to justify a ridiculous premise with intellectual heft. As a result, he creates an overwhelmingly complex set of rules and conditions, rooted to varying degrees in myth, that precipitate one plot twist after another...He manages so many diverse points of view surprisingly well, but it's a structure that begs to be simplified...In an attempt to avoid cheap laughs, we instead end up in a world of contrivances and melodrama."
Read more