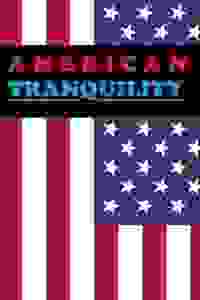 After acclaimed runs in NYC and, most recently, in Washington DC, Daniel Damiano’s timely, funny and unsettling multi-character solo play, focusing on 4 very different Americans who reflect on the human divide in 21st Century American, returns to the East Village Playhouse for a limited engagement.

See it if You think you’d like to see four short monologues about timely, topical political issues.

Don't see it if You want to see a show that has any sort of arc or plot. 4 short monologues that, while very well done, lead nowhere, and make no point. Read more

Don't see it if If you do not like solo shows in small theaters.

See it if you want a quick take on our times by a good actor playing four characters with minimal costume/staging changes and great accent changes.

Don't see it if you would not enjoy light exposure to how different people in society react to what is going on: aged, new immigrants, talk hosts, recluses.

See it if Character monologues each expressing a different opinionated life view with political undertones excites you.

Don't see it if Four unrelated short pieces is not what you come to the theater to see. There are no plot points or reversals, just clearly drawn characters

See it if Does shorts of four people, parts are funny. Not a long show.

Don't see it if If you want a story, with a ending. Read more

See it if Exactly as advertised—listenable monologues of 4 different, if rather extreme, characters. Straightforward, not abstract or experimental.

Don't see it if I mean, you could also just ask four people how they’ll vote and why and get a similar show—although w/ a much longer run time. Read more

"Probably one of the best one-person shows that I’ve ever reviewed, both in terms of its performance and its concept...I was skeptical...whether Mr. Damiano could actually pull off a performance of each of these diverse characters...Yet I was easily proven wrong. The play does a very fine job at exploring the division in modern American society on a very human level, and Damiano seamlessly pulls off each of the four individual performances of the characters in his show."
Read more

View in admin
A
James Bartholomew

"A window into the lives of four very different Americans, each with his own ideas about tranquility and prosperity...While the characters are often humorous, the perspectives they represent are all too real...Supporting these lofty themes is a truly impressive performance on the part of Mr. Damiano. Armed with a writer’s ear for capturing dialogue and an actor’s flair for delivery, he makes his characters impressively real and uniquely vibrant."
Read more