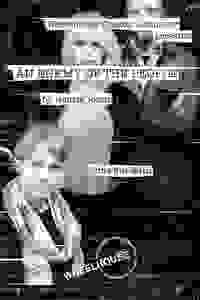 An Enemy of the People (Wheelhouse Theater) NYC Reviews and Tickets

Wheelhouse Theater Company presents a streamlined mounting of Ibsen's classic meditation on the democratic system, the tyranny of the majority, and the poisoning nature of bureaucracy and economic self-interest.

When Dr. Thomas Stockmann realizes that the water supply to his town's major tourist attraction, the baths, is poisoned with dangerous bacteria, he is eager to share the news with his brother Peter, the mayor. But instead of being hailed as a hero, his scientific discovery is met with resistance from his sibling and most of the residents.

See it if You want a revisal of a classic play that's still relevant today. You like new interpretations of classic plays.

Don't see it if You want Ibsen's play in its original, uncut version. You prefer more contemporary plays.

See it if You want to see a modern version of a totally relevant Ibsen play about politics, and one man''s crusade to "do the right thing".

Don't see it if You dislike modern staging of classic plays. You are tired of any type political plays. Read more

"Wheelhouse Theatre Company’s excellent take on Ibsen’s play continues the talented company’s reputation for their willingness to grapple with bold themes to create a vibrant work of art....The cast works seamlessly together finding the pith and core of this great play...This prescient work continues to resonate with its audience for days after the performance. A thoughtful and timely piece, well acted, well directed, and at 90 minutes, an evening well spent."
Read more

"A concise razor-sharp adaptation...Directed with insight and precision by Wise, Wheelhouse’s inventive version is fast-paced and focused...Schantz turns in a powerhouse performance as Dr. Stockmann...Under Wise’s astute directorial vision, Wheelhouse Theater Company’s production of 'An Enemy of the People' delivers Ibsen’s message with a balance of wit and weight and affirms its contemporary relevance...This is a show to see and a director and company to watch."
Read more

"This production cuts out several lesser characters. This choice works for the most part, but eliminating the character of Katherine’s father creates some confusion...The acting in the play is solid throughout. Every member of the cast does a fine job of shifting from set piece to character seamlessly as they enter a scene...While the production isn’t perfect, it is relevant and timely without being dictatorial...This production is worth making time to see."
Read more