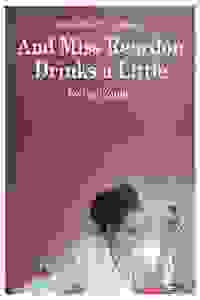 And Miss Reardon Drinks A Little NYC Reviews and Tickets

Retro Productions revives this biting and occasionally touching black comedy about three sisters whose father abandoned the family long ago, and whose mother recently passed away.

The Reardon sisters, now grown and all working in the New York City public school system, have come to a crossroads. Catherine and Anna still reside in the apartment where they grew up. Having barely survived a scandalous incident at school, Anna suffers a nervous breakdown. When Ceil, their older married sister, returns to try to commit Anna to an institution, the built-up resentments of the last decade are pushed to the forefront. Should Anna be committed? Does Catherine really need another cocktail? Who is strongest in this fight of wills?

See it if you're interested in the 60s. Women's options are limited. The tone shifts too often, tho, and the acting is uneven. Repetitive fights.

Don't see it if you want a polished piece. Act I sagged; Act II was better w the Steins, but even it dragged. Three sisters creating one hell for ea other.

See it if You want to see '60s playwriting & structure. You want to support a talented Off-Off-Broadway company.

Don't see it if You want an older play w/relevance to now: everything is out-of-date. Read more

Don't see it if You are looking for a well written black comedy. While the acting was not great they didn't have much to work with. Read more

See it if you enjoy a slightly dated Dysfunctional Family drama with humor and realistic characters. These ladies really get into it and take us along

Don't see it if you aren't interested in another DF drama; you think that people making their own problems are not interesting; prefer up-beat dramas. Read more

Don't see it if Flat out comedy or a big production

See it if you want to see what was an important play for Estelle Parsons over 40 years ago.

Don't see it if dysfunctional family plays are not your thing.

See it if you enjoy 60s dramas with terrific acting and a realistic set in a small space. It's pretty depressing overall but very well done.

Don't see it if you're looking for a comedy or a happy ending, or characters that aren't damaged and unhappy - that pretty much describes everyone.

"Starts out shakily with an uncertain tone in Act I but gradually builds up a head of steam that leads to an explosive second half when the 'dark' overtakes the 'comedy'...The dialog is full of biting humor, which really needs to come out more in the performances...Where the performances grow and greatly improve is in the play's second half...An ambitious if imperfect play...The cast do best when they are focused on the efforts of the Reardon sisters to navigate their way through life,"
Read more

“Playwright Paul Zindel is ripe for rediscovery. From the evidence of Shay Gines' riveting revival of 'And Miss Reardon Drinks a Little,' this tragicomedy now celebrating its 50th anniversary is Zindel's ‘Three Sisters,’ ‘Streetcar Named Desire’ and ‘Who's Afraid of Virginia Woolf?’ all rolled into one. The performances in this production are first rate and could not be bettered. Like those earlier plays by Chekhov, Williams and Albee, the ending of ‘Miss Reardon’ is absolutely shattering.”
Read more

“Zindel’s evocation of a specific social milieu is masterful…Director Shay Gines doesn’t always get the rhythms of this world exactly right, though to be fair, the play itself tends to rehash the same points multiple times. But the show boasts some good performances…‘And Miss Reardon Drinks a Little' provides a challenge that this production doesn’t quite meet...New Yorkers of a certain age will definitely appreciate its portrait of a bygone era in the city’s history.”
Read more

"It is not difficult to envision the connections between the late-1960s setting of Retro's newest revival, the darkly comic 'And Miss Reardon Drinks a Little,' and 2017's own tensions around race, gender, military conflict, and political upheaval...Complexity lends the play balance and nuance—none of the characters is entirely beyond reproach or without blemish...The production provides an engrossing, funny, provocatively relevant study of character and context."
Read more