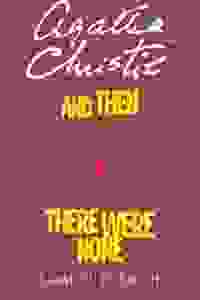 Closed View in admin
And Then There Were None
Midtown W
83
Buy tickets from $25
Score it Scored!

And Then There Were None NYC Reviews and Tickets

Based on the classic novel by mystery author Agatha Christie that was later adapted as the Broadway hit 'Ten Little Indians,' 'And Then There Were None' begins with ten characters, each with a skeleton in his or her closet, on a remote island. They soon realize that they have been brought there by an insane judge, who has tried each of them for criminal behavior in the past, and who now feels it is his duty to render proper justice. The struggle to stay alive begins as each "guest" is eliminated in a fashion that corresponds to the titular nursery rhyme.

See it if you like Agatha Christie and British plays.

See it if Enjoy anything Agatha Christie