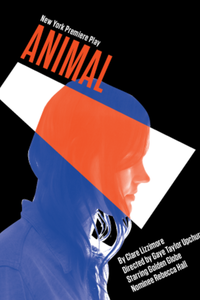 Atlantic Theater Company presents a darkly comic play about the underside of domesticity, the complexity of the brain in chaos, and the thin line between sinking and survival.

Rachel has it all: marriage, house, career. So why does she suddenly have this creeping feeling? Did she leave something behind? Or is there something in the walls? Her husband thinks she needs time; her psychiatrist suggests positive thinking. Then the visions start.

See it if You want to see some of the best acting I've seen in a long time. Particularly Rebecca Hall is outstanding.

Don't see it if You don't like plays that don't follow a linear timeline and perhaps don't tie everything up with a pretty little bow at the end.

See it if Woman struggles with trauma induced mental issues. The play has a lot to say about an aspect of life that I can't mention.

Don't see it if You have to suspend your disbelief to buy into the revelations, but look beyond that to the character's history and her real battle.

“‘Animal’ ultimately disappoints and even infuriates…But the play, directed with clinical focus by Ms. Upchurch, has the virtue of allowing us to sit within touching distance of Ms. Hall as she plumbs the depths of toxic unhappiness. It is a pursuit to which she brings the expertise and bravery of a veteran spelunker…The scariest thing about this half-cooked play is that even after its catchall denouement, it’s still Rachel’s nihilism that feels like the most legitimate way of looking at life."
Read more

"As Rachel unravels—thrillingly, in Hall’s hands—we’re always at least a few steps ahead, right up to the supposed shocker of a final twist. It’s easy to see why Hall was drawn to this material: She gets to span the emotional gamut, from brittle to ferocious. And although Rachel’s off-the-wall digressions outshine the central narrative, this intimate production presents an exceptional opportunity to witness, up close, an actress of Hall’s force probing the limits of custodial rage."
Read more

“Brilliantly played by Rebecca Hall, Rachel is one hot mess, and it’s the actress’ sterling performance that makes Clare Lizzimore’s gimmicky drama worth the discomfort…‘Animal’ can be a bit of a slog—slow-paced and lacking in narrative momentum…The glib resolution feels more redolent of a playwright’s trickery than an exploration into the human condition…Hall’s superb performance provides the main redeeming element.”
Read more

“Unfortunately, the material is replete with tired, female-cracking-up clichés, and coasts mostly on Hall’s considerable stage presence. For a while, that’s good enough… Hall’s performance devolves into a series of noisome rants...The dialogue reeks of playwriting, especially as we’re able to telegraph the clumsy direction that the story is going…Hall deserves sharper, tougher, better material. For a performer capable of such exquisite emotional control, 'Animal' is too off-the-leash.”
Read more

“Rebecca Hall is so striking and sympathetic in 'Animal' she almost makes up for shortcomings in Clare Lizzimore’s play. Almost — but not quite…The play is designed to be a puzzle…Eventually the root of Rachel’s problem comes out in a late-in-the-game revelation you don't see coming. But surely the issue plaguing Rachel would have come up in therapy, so the twist feels like the author is playing mind games with the audience. Although the play wilts, Hall stands tall."
Read more

“Hall is astonishing in her ability to convey the subtleties of this inner tug-of-war…Considering the skill with which we're kept off balance through the majority of the play, it resolves incongruously neatly, and with a surprisingly pointed diagnosis. The overly explanatory ending takes away some of the raw punch…However, if all for the sake of bringing an underexplored facet of woman nature to the stage, a moment of human clarity is forgiven.”
Read more

"The confusion one might feel trying to follow Atlantic Theater Company's production...is no doubt an intentional reflection of the emotional state of its central character...Rebecca Hall, as Rachel, as gives the kind of gutsy, layered performance that keeps viewers intrigued while the playwright slowly drops bits of information that lead up to a puzzle-completing conclusion...Though the 80-minute piece lacks a satisfactory conclusion, Hall is always a captivating presence."
Read more

"Hall is an actress of such coruscating intelligence that she can even make madness seem lucid...The twists packed into the latter part of 'Animal' are surprising, but they are also self-defeating...Such game-playing keeps us guessing but also undermines the play's serious intentions...Still Upchurch's production keeps us vitally interested in what is happening to Rachel...If 'Animal' doesn't quite have the impact it aims for, it has many gripping passages."
Read more

“The role of Rachel is the kind of part actresses dream of and Hall's bravura performance is a thing of wonder…It's a beautifully realized production with deft direction by Gene Taylor Upchurch...Despite the cast's riveting performances, it must be said that ‘Animal’ may not be everyone's cup of tea. It is relentlessly grim and deeply unsettling...Serious theatregoers will appreciate the craft but it left this writer wondering for whom ‘Animal’ is specifically intended.”
Read more

“‘Animal' moves. Its action is thrilling. Its stakes, though deeply wrapped up in Rachel’s inner self, are made real in her relationships. It’s also funny…The acting is superb…Gaye Taylor Upchurch’s direction offers an intuitive map for us to navigate this tricky territory…The play seems to waltz through a minefield of overwrought material, which is a testament to the specificity and originality that Lizzimore brings to her writing, and the simplicity the cast brings to their performances.”
Read more

“Hall’s performance in Lizzimore’s drama is a force of nature...What’s most amazing about Hall’s performance (fueled by Lizzimore’s stinging dialogue) is the seemingly infinite variety she displays…Playwright and actress, guided by the sure hand of director Upchurch, collaborate to reveal a deeply troubled woman…One doesn’t necessarily expect the roller-coaster ride that is 'Animal' to come to a conclusion, no less one that is neat. But it does...Viscerally it’s ever so slightly anticlimactic."
Read more

“Is it the enigmatic contours and dramatic contrivances, or the in-your-face honesty and coherence of this fine play that keep one riveted to the action?...Hall gives a brilliantly unnerving but essentially convincing performance…Splendidly staged by director Gaye Taylor Upchurch to emphasize the play's need for minimalism…‘Animal’ may be providing a heavy dose of the psychotic. But who will complain when it's being doled out by the terrific Rebecca Hall?”
Read more

"Lizzimore is betting that the audience will buy in to 90 minutes of analysis and hallucination before learning what has gotten Rachel here in the first place. And thanks to a talented cast, crisp direction by Upchurch and some poetic touches by the playwright, the gambit mostly pays off. Still, it is hard not to feel a little cheated by the play’s outcome. The reason for Rachel’s trauma, which I will not give away, is so utterly unpredictable it diffuses the angst that precedes its discovery."
Read more

“Hall, partnered with her real-life husband, the wonderful Morgan Spector playing her onstage husband, pulls us deep inside the mind of Rachel, a woman who is suffering from some mental complexity…Struggling against some dark cloud that hangs overhead is what Hall is most effective at in ‘Animal’…It’s hard to know what is real in this finely crafted story…The climax eventually comes, crashing in all around her in a moment of eye opening clarity, but is it too easy a pill to take?”
Read more

"The cast do well at coloring in the various shades of the play’s imaginatively inside-out progress through a stricken mind. However, 'Animal' ultimately struggles to ground its swirl of ideas in a specific person with a particular story, as Rachel suffers from double duty as both focal point and a mystery...For most of the play, she is an effective mouthpiece for a potent social critique, but strangely nebulous as a character...Watching it is ultimately a detached experience."
Read more

“To spend an entire 90 minutes on stage portraying a woman who is losing – or lost – her mind takes a special kind of talent. Luckily, it’s one that is possessed by the mesmerizing, fearless Rebecca Hall, who delivers an indelible take on such a woman in Lizzimore’s fascinating British import under Upchurch’s savvy direction…The play’s fascination lies primarily in watching Hall as she goes through a shocking gamut of emotions and behaviors."
Read more

“Although Rachel's version of the disorder is perhaps a bit extreme, its enactment and the reactions to it can be quite absorbing. Still, 'Animal's' focus on her mental issues and the consequent lack of suspense or developing action begins to make it seem longer than its hour and 20 minutes…The cast maintains a consistent level of truthfulness, with Hall—whose voice, posh British accent, and intonations are dead ringers for Emma Thompson's—offering just the performance you've come to see.”
Read more

"Rejoice, Rebecca Hall fans. That marvelous mistress of misery is back...After 85 minutes of exhausting, escalating emotions, the play is suddenly wrapped up and tied in a bow by an unexpected and unsatisfying explanation. I felt manipulated...Upchurch’s direction had a few things that annoyed me...If you are an avid Rebecca Hall fan, as am I, you will be rewarded. If Hall is not your cup of tea, skip it."
Read more

“Claire Lizzimore shows herself to be a master of theatrical legerdemain…‘Animal’ doesn’t provide a very profound analysis of the mental condition on display here. Lizzimore’s play is, however, very flashy theater…Hall presents the human equivalent of the bass clef here, and in her fury is never strident. It’s a big performance, and director Gaye Taylor Upchurch is wise to mute the other actors…Its final let’s-explain-everything scene, though, is unsatisfying.”
Read more

“Hall hits all the notes...I just wish this play were as good as she is...Lizzimore seems more interested in the gimmick of the guessing game than in making us truly care about Hall's character…I'll admit I was moved once the reveal was unveiled but that's mostly because someone close to me is going through a similar experience. Still, it's even more maddening that Lizzimore's resolution is far more pat than real life's could ever hope to be."
Read more

“It's not that complicated but it is open to interpretation to a large degree…It's only at the very end that you figure out the 'what is going on here' part— and you'll have to connect the dots as far as who are all these people to Rachel—but it's an intimate, black box drama that keeps you sitting upright and on the edge of your seat. Bravo.”
Read more

"'Animal' feels intimate and domestic, but by that same token, it feels confined, even claustrophobic as its protagonist veers off into the realm of psychosis...Hall's Rachel is funny—darkly, bitingly funny but funny nevertheless—and sarcastic...Hall is fascinating to watch...Not much happens in this short, 85-minute play...Still, 'Animal' resists exploiting its reveal and instead makes a statement about domesticity, mental illness, and gender that feels important and relevant."
Read more

"No one can play a woman on the verge better than the brilliant actress Rebecca Hall...In Clare Lizzimore’s fascinating but ultimately disappointing new play 'Animal,' she again proves how galvanizing she is as someone going though the depths of emotional turmoil...The conclusion comes a bit too swiftly and tidily and is not entirely believable. Still, we are blessed with seeing an actress on a nearly bare stage whose every word you hang onto."
Read more