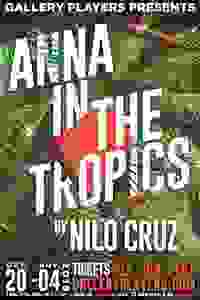 Anna in the Tropics

The Gallery Players presents a new staging of Nilo Cruz's 2003 Pulitzer Prize-winning drama, a poignant and poetic play set in 1929 in a Cuban-American Florida cigar factory.

This lush romantic drama depicts a family of cigar makers whose loves and lives are played out against the backdrop of Depression-era America. Set in Ybor City (Tampa), Cruz imagines the catalytic effect the arrival of a new "lector" (who reads Tolstoy’s "Anna Karenina" to the workers as they toil in the cigar factory) has on a Cuban-American family, and celebrates the search for identity in a new land.

See it if you want to see an uneven revival of an important script from a powerful writer.

Don't see it if you know you’ll have trouble sitting through a poorly paced 1st half to get to the juicy parts: a series of beautifully constructed scenes.

Also This production of a Pulitzer-Prize winning drama by an important playwright is a mixed bag. But I was happy for the opportunity to see this powerful, imperfect play again. The first half is slow. The writing feels somewhat dated & the pace of the production is off. Actors take a long time with the simplest of lines, as if this might make them profound. Before the intermission there is only one terrific scene, between the play’s “Anna Karenina” figure & her husband, & it is powerful indeed. This is great preparation for the several powerful scenes of the second half. (I was not thrilled, however, with the staging of the play’s final few minutes.)... Read more Read less

Don't see it if Think.. our previous viewing at Princeton jaded us for this production It included the later Broadway cast Jimmy Smits and Daphne Rubin Vega

See it if you want to spend two hours in an old cigar factory learning of their loves and the lives and how reading of a novel propels interaction.

Don't see it if you have trouble understanding accents as there are a mixture of Spanish language tones here. Not high drama but a slow, poetic story.

See it if plays about underrepresented individuals interest you, or you like pieces that offer a glimpse into a less-known aspect of 1920s America.

Don't see it if you’re turned off by indulgent dialogue. The poetic language gets in its own way and feels forced.

See it if You want to see a fine drama that won its playwright a Pulitzer. You enjoy learning about other cultures and their customs through plays.

Don't see it if You tend to judge a play by the first few scenes. This production comes across as over- acted and amateurish until the plot begins to emerge

Ken-G
Sacramento
65+ | Male
404 reviews
Get Alerts Alerts On Alerts Off
81
Great ensemble acting with some bright spots, Costumes and sparse set suggest the environs of a factory, Well worth a trip off the beaten path
October 26th, 2018

See it if A love story as complex as Anna Karenina in a factory for hand-rolling cigars, a dying industry. Pulitzer winning script.

Don't see it if You won’t take a medium train ride into Brooklyn. You don’t care for small-scale productions.

Also Anna In The Tropics invites us to relate to a bygone era when manual laborers were entertained and educated by a Lector or Reader of great literature. Relating to the stories they hear, they imagine embodying in life’s little moments the sound of Nilo Cruz’s (and Leo Tolstoy’s) words.

The ending may not be satisfying for some. It must be seen as a metaphorical recognition that hand-rolling cigars will soon be overtaken by mechanized factories and nothing more will be left than romantic memories.

See it if If you love Latin drama. I wish people talked that way in real life. The dialogue is beautiful. And this cast does it very well.

Don't see it if You only like musicals? I don't know. Maybe if you don't like dramatic stuff. If you can't handle the smell of clove cigars.

See it if you want to see a Pulitzer Prize winning play in a lovely basement theater with ardent acting.

Don't see it if you're expecting professional gloss or consistency. You value good endings; this one was abrupt, unresolved, disappointing, and confusing.

See it if you like family dramas well performed

Don't see it if you don't like large casts

See it if You want to see a Pulitzer Prize winning play that is not performed very often.

Don't see it if You want a play with well developed characters and an interesting story.

See it if you reside in Park Slope and have recently read "Anna Karenina" and you don't mind a show that pinballs between the mawkish & the poignant.

Don't see it if you're nettled by inconsistent Spanish accents, a poor sense of time and place, and a periodic tendency to go for the cheap laugh.

See it if An interesting, poetic yet realistic drama sounds right for you. Some strong acting. Cheers to Abbi Hawk! A Pulitzer Prize winning play.

Don't see it if Some actors are uneven in tone, at times, a bit too in your face. You're looking for something light.

See it if Literate, well-told stories appeal. The play is the thing here. Good presentation of an excellent play.

Don't see it if You want something Broadway/glitzy, you don't like plays that are very talky and have little action

See it if you like heavy-hitting dramas with diverse characters, or dramas that mirror literature and use it to tell the story. The acting is great.

Don't see it if you don't like drama, or need a really tight script. The directing is pretty loose in this, so it feels slow at times.

See it if you like intimate shows that explore modernization vs. tradition, familial and romantic tension, and cross-cultural literary influences.

Don't see it if you prefer flashy shows with production budgets, set changes, and seating that doesn't feel like a school gym. Also, the acting was uneven.

64 reviews
Get Alerts Alerts On Alerts Off
73
What happens to dreamers?
October 22nd, 2018

See it if It deserves the nobel prize for drama. Excellent acting.

Don't see it if The pacing of the show was slow and definetely akward more than once. What in heaven’s name was that wall hanging in Russian for?

See it if you've never seen this play - a fine production of a great play.

Don't see it if you're looking for a broadway level production. The costumes and staging are very basic.

Also I've read this play but never seen it previously, so I was excited to have the chance. It was worth seeing this wonderful play staged, but the production itself is just fine. Maylin Castro gives an excellent performance and Fabricio Santos is very charming as the lector.... Read more Read less

See it if you want to see a smart play done well. Cast is up to the challenge and overall solid production.

Don't see it if you don't like Anna Karenina by Tolstoy and you're not bothered by a rather out-of-context conceptual ending that didn't quite work for me.

See it if You like well-written plays that are offer excellent acting and some interesting history.

Don't see it if If you prefer experimental theater or musicals.

See it if You are interested in a well written play with history of Cuban cigar rollers. Great costumes and staging

Don't see it if You get bored with overacting and slow moments. Unfortunately even though this play recieved a Pultzer Prize, the cast did not deliver.

See it if You want to support the group with this interesting piece.

Don't see it if Prefer to skip a play that still needs some rehearsal.

See it if You are interested in award winning plays, history, Cuban culture.

Don't see it if You do not like dramas. There were a few laugh lines, but they seem to have been missed by the audience.

See it if You like historical dramas with live musicians and nice community theatre spaces.

Don't see it if You want something very fast paced or do not want to see a show that covers infidelity, assault, physical violence, and verbal abuse.

See it if Absorbing story which unfolded through the dialogue Small theatre which allowed you to see emotions of the actors. Humourous yet serious.

Don't see it if You like extravagant productions or musicals

“Anna in the Tropics” hasn't been reviewed by any Critics (yet!) 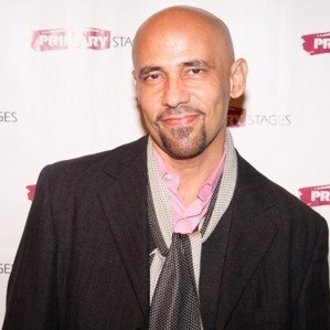 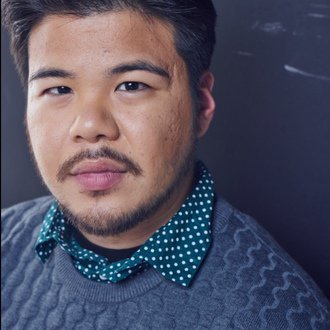 Sergio Mauritz Ang
Cast
Get Alerts Alerts On Alerts Off 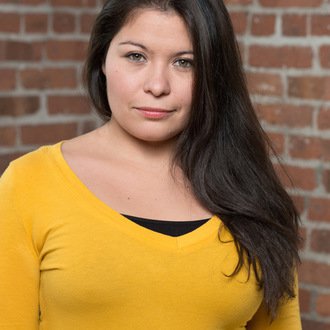 Maylin Castro
Cast
Get Alerts Alerts On Alerts Off 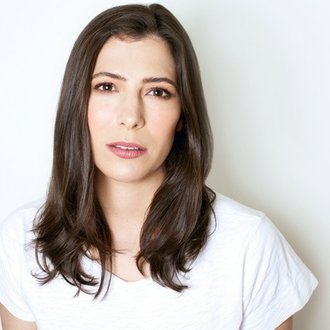 Abbi Hawk
Cast
Get Alerts Alerts On Alerts Off 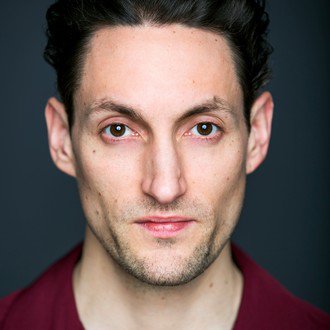 Matt McGlade
Cast
Get Alerts Alerts On Alerts Off