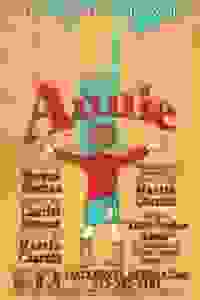 The Gallery Players presents the beloved musical adventure about a lovable spirited orphan, based on the popular comic strip by Harold Gray, and famous for its classic songs such as 'Tomorrow' and 'It's a Hard Knock Life.'

With equal measures of pluck and positivity, little orphan Annie charms everyone’s hearts despite a next-to-nothing start in 1930s New York City. She is determined to find the parents who abandoned her years ago on the doorstep of a New York City orphanage that is run by the cruel, embittered Miss Hannigan. With the help of the other girls in the orphanage, Annie escapes to the wondrous world of NYC. In adventure after fun-filled adventure, Annie foils Miss Hannigan’s evil machinations…and even befriends President Franklin Delano Roosevelt! She finds a new home and family in billionaire, Oliver Warbucks, his personal secretary, Grace Farrell, and a lovable mutt named Sandy.

'Annie' was the winner of seven Tony awards in 1977, including Best Musical, Best Score, and Best Book.

See it if you are okay with a mixed-talent cast in an off-off Broadway venue giving it their all in a decent production overall.

Don't see it if you are bothered by uneven performances, not the most comfortable venue or have trouble with stairs - lots of stairs.

See it if you enjoy musicals with clever scripts lots of dancing, singing, and beautiful costumes.

Don't see it if you expect a full professional experience. This is folding chairs in a basement with parents of the cast. Still it is charming.

See it if Too late. .not my kind of show but best version. Some nice tap numbers. good acting by Jim Madden as Warbucks and Heather Gault as Grace.

See it if you’re looking for fun, light-hearted entertainment for the family, or appreciate local theatre.

Don't see it if you don’t enjoy the local theatre vibe, and are looking for a super polished show.

See it if Fantastic Broadway-quality musical. The little girls can SING! Huge friendly dog on stage. Time flies by, all your favorite songs too.

See it if you like the musical Annie. It's a charming way to pass an afternoon or evening. Might be good for kids, but not too young.

Don't see it if you don't like the musical Annie or young children playing children in a show. Read more

See it if You want to support a wonderful theater company and see an enjoyable musical; this play is a great way to introduce children to the theater

“This production of ‘Annie’ is simply marvelous. Anchored by a strong cast, this classic story of the hard-knock orphan who miraculously becomes the adopted daughter of Oliver Warbucks, melted the hardest hearts while remaining accessible to the plethora of children in attendance. The audience couldn't help but be impressed by this touching tale of fortune favoring the luckless. Annie's positive attitude and outlook on life should be adopted by all (not just FDR and his senior cabinet.)”
Read more