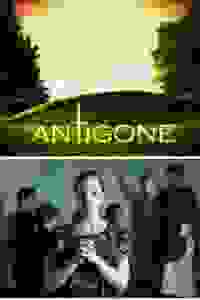 Polyneices is denied a proper burial in the Southern Irish countryside because it’s against Roman Catholic canon law according to Creon. His sister Antigone, however, is determined that her brother’s passing will be commemorated with dignity despite the consequences for herself. Modern language and clothing bring this classic tale into the 21st century, daring us to look closely at our personal values and those of the world in which we live.

See it if You like classic greek plays with a modern spin.

See it if You get a free ticket and have nothing better to do, even then you might prefer to stay home and just read the play.

Don't see it if You were expecting a creative take on a classic, enjoy good acting, don't want to be bored to death.

See it if you like serious plays with talented actors.

See it if looking for excellent acting and an intelligent story, a show that portrays a complex idea simply but compellingly

Don't see it if you'd rather see a light-hearted, feel-good spectacle or you want more character development and overt backstory.

See it if you like intellectual plays with great acting.

See it if You like theatre with purpose. This is an incredibly well-acted production that gets straight to the heart of Sophocles' argument.

Don't see it if You don't appreciate classical arguments or looking for a simple, fun night. This is a serious piece of work.

See it if You like the story of Antigone & want to see powerful acting.

Don't see it if You loved the BAM version from last year and are unable to watch a different version.