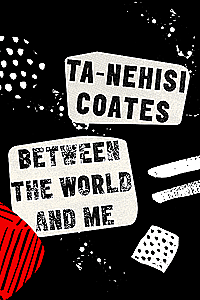 View in admin
Apollo Theater Presents: Between the World and Me
NYC: Harlem
Score it

Apollo Theater Presents: Between the World and Me NYC Reviews and Tickets

Based on the award-winning book by Ta-Nehisi Coates, this theatrical event takes difficult but necessary conversations around Black life and death and places them center stage.

Based on the award-winning book by the Apollo Theater's Master Artist-in-Residence Ta-Nehisi Coates, the theatrical event Between the World and Me, takes difficult but necessary conversations around Black life and death and places them center stage.

A profound work that pivots from the biggest questions around racism and police violence to the most intimate concerns of a father for his son, Between the World and Me offers a powerful framework for understanding our nation’s history and asks: What is it like to inhabit a Black body and find a way to live within it? And how can we all honestly reckon with this fraught history and free ourselves from its burden? Between the World and Me, both the book and the theatrical event, is an eye-opening, emotional look inside these conversations.

Back by popular demand, after sold out runs at the Apollo Theater and Kennedy Center in 2018, this live performance features a cast of actors who bring to life Coates’ words, along with an captivating stage projections and music composed and performed live by MacArthur “Genius” Jason Moran (Selma, Netflix’s 13th) and his trio, direction by Apollo Executive Producer Kamilah Forbes (Broadway’s Stickfly, NBC’s The Wiz).