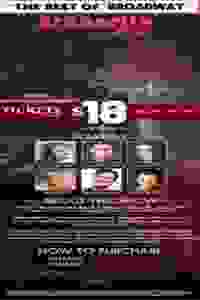 Horizon Theatre Repertory, dedicated to presenting seldom-produced masterpieces, presents the story of a man accused of terrorism, and the aftermath of consequences for his family and community.

Mokhtar, a student of Lebanese-Palestinian architecture, disappears without a trace. His family and friends discover that he is suspected of belonging to a terrorist organization. The repercussions of this accusation ripple out and transform the lives of the rest of his family members. The police and the media harass his sister Aïda, who has lived in Germany for ages and is married to a German; his nephew Kaïs; and Katarina, Kaïs’s young Bavarian fiancée. Aïda and her husband are torn apart, the nephew ponders over his double identity, and his fiancée is rejected by her friends. Five actors narrate the events and play the different characters. The production captures the fear that drives cultures and people apart in today's world.

"With challenging complexity, 'Araberlin' examines the cross-currents of the Arab Spring and its consequences throughout the Arab world and beyond. It is a multilayered play with enigmatic characters and often stilted dialogue...Mokhtar’s speech, like most of the speeches in the play is a poetic, strangely formal statement, delivered facing the audience...'Araberlin' digs into the fear, suspicion and violent hatred prevalent in society today."
Read more

"The scenes are mixed and the chronology of the play can at times be confusing...'Araberlin' is trying to say so many things at once that it may benefit from a simpler production and better pacing. It is simultaneously horrifying and overwhelming, tugging at the heartstring of a generation that can no longer trust and diagnosing our greatest fears that in ridiculing our neighbor simply because of his or her ethnic background, the terrorists have indeed won."
Read more