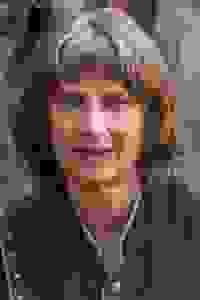 This new solo documentary exposes corruption in Arizona: land fraud, the mob, money laundering, and murder. Part of the 2018 Dream Up Festival.

Told like a fireside chat, Fredricks offers us an intricate web of bribery, blackmail and murder, including the names of dozens of players. She had been raised to revere Senator Goldwater, nicknamed “Mr. Arizona.” So she never dreamed he could be connected to organized crime until 2017, when she discovered 40 year old research by Investigative Reporters and Editors that revealed Senator Goldwater’s brother Bob had multi-million dollar financial links to organized crime figures.

See it if If you want to see a show that is not a show. It is a one person talking about Arizona politics .

Don't see it if If you want a play. She at times forgot her lines. Talks about 60s and 70s Barry Goldwater and others. Should not be billed as a play.

See it if you want a lecture on the State of Arizona politics and corruption over a long period of time. Interesting but needs polish for performance.

Don't see it if you don't like lecture format with poor overheads and small, mostly grainy photos. Lots of information presented in confusing format.

See it if You want to hear one woman talk for an hour and 20 minutes about corrupt politics in Arizona.

See it if You are a political junkie. Like true crime plays/movies/podcasts. Enjoy conspiracy theories. Are a fan of Frederick's documentaries.

Don't see it if You are looking for anything that resembles a theatrical piece. This is in fact less dramaturgically sound than many a TED Talk. Read more

See it if You are interested in political history. Katherine Brann Fredericksburg not onlywrote it, but was able to share it interestingly.

See it if .. you're interested in decades of land fraud in Arizona, mob skimming/laundering money, political corruption ... leading to Barry Goldwater

Don't see it if you want a coherent story. This could be a gripping exposé. But the timeline is confused, slides are poor. Needs a dramaturg and a map.

Don't see it if if you don't want to see a one women monologue trying to be a Spalding Gray.

See it if A look into the world of dirty politics, mafia and government that involves corruption and murder. Riveting.

Don't see it if One person monologue is not your thing. So much info-- this show requires your complete focus and concentration .