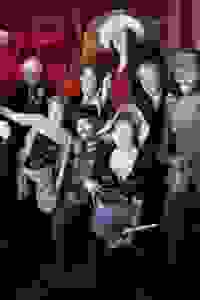 View in admin
As You Like It (Drilling Company)
NYC: Lower E Side
Score it Scored!

As You Like It (Drilling Company) NYC Reviews and Tickets

The Drilling Company's Shakespeare in the Parking Lot uses a "poor theater" aesthetic; 'As You Like It' begins in an English Victorian world and moves into a Steampunk paradise.

'As You Like It' is a perennial favorite among Shakespeare's comedies. Its plot follows the banishment of Duke Senior, Orlando, Rosalind (who goes about in male drag to beguile the gallant Orlando), Celia, Oliver and Touchstone to the Forest of Arden. In this refuge for those driven out of society, everybody gets lessons in love. The action is fierce in the first half: murders are attempted, ribs are cracked in wrestling matches, a brother is disowned, a niece is exiled and loyalties are sorely tested. For those who end up in the Forest of Arden during the second half, the perils are chiefly falling in love or being outwitted by wit. In keeping with the play's magical spirit, director Hamilton Clancy is transporting this 'As You Like It' into a timeless period with costumes that hint of the classical Victorian era. They become Steampunk when the scene shifts to the Forest of Arden. The idea is to address the core elements of romance and love by savoring the romantic magic of retreating from modern culture to an imaginary place where lovers can be free.

"Setting your standards is important for this production. Some aspects might be unacceptable if you were picky (or paying); there are several listless spots midway through the story, and voices register at disparate volumes and with varying accents. But viewing the show on its own terms and with a forgiving eye, it’s easy to find magic here...This intermissionless play is beginner-friendly. "
Read more