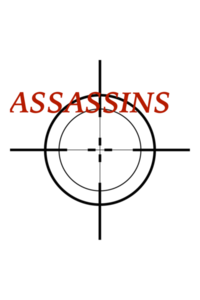 The Secret Theatre presents a new staging of Sondheim's celebrated musical about the loners, misfits, and ideologues who tried to assassinate a U.S. president. More…

Nine individuals who have attempted a presidential assassination tell their stories in this revue-style musical of humor, drama, history, and fiction. "Assassins" is an illustration of very different people who have made extreme choices for varied reasons.

See it if you love Sondheim. Many gr melodies/lyrics; fascinating, upsetting premise abt fame via violence. Strg performces. Gd band (occ'ly too loud)

Don't see it if you hate guns, even fake ones. Or you like only fluffy musicals. Clever staging, but few frills. Lg cast. Sm theater (easy access to Manhn)

See it if You want an eerily relevant musical about historical figures that could be about today. You want gr8 lyrics. You like the sung-thru style.

Don't see it if You don't want/are uncomfortable hearing history from the assassins' POV. You prefer more melodic musicals. You dislike intimate staging.

See it if you want to see a great ensemble cast in one of Sondheim's shows. Great use of space in a small theatre.

Don't see it if you want a full-blown production. The set is minimal - and it works perfectly.

Also What a great find in LIC! The entire cast was great - sat front row :) I agree with other reviews - the front of house is badly organized. One line for the bar and ticket pickup and ticket purchase. For pre-purchased tickets, it would have been simpler to print out the seat list and give to the person handing out programs. Hopefully this was an "off" night (I went May 3).... Read more Read less

See it if Attempts to tie the collective issues and frustrations of those who try to kill presidents.

Don't see it if Gun/shots or murder are triggering. Plot about murderers is hard to relate. Community theater, lower budget productions,uneven singing/actin

Also Ticket from Show Score for $5.

See it if This production of Assassins is bare bones but also goes to prove just how strong this show is. Sondheim's masterpiece is always worthwhile,

Don't see it if and the cast is full of standout performances (Booth, Guiteau, Fromme, Moore, Zangara...all great!). It's definitely worth the trek to LIC

Also to catch this fantastic show. And it will prime you for the John Doyle helmed revival at CSC next year.... Read more Read less

See it if You like Sondheim and want to see one of his musicals done well in a small intimate theater.

Don't see it if You need to see musicals done in large Broadway theaters with elaborate staging/sets, and lots of props.

See it if You’re into classic, action filled musical; you love everything composed by Sondheim

Don't see it if You mind loud noises/gunshots, all white cast, cramped seating

See it if REALLY solid production of the show with a few surprises and potentially the best hinckley/fromme pairing I’ve seen.

Don't see it if You don’t like the show.

Don't see it if you expect a well-staged, designed, or acted production

Also The Secret Theatre is not a difficult space to work in. It's a standard thrust. It's small. It's a tad quirky. And yet, the director couldn't handle Sondheim's tiny show in this space.

The set is a collection of milk crates haphazardly attached to the walls, the lighting design consists of a single stagnant wash, and the costume design is...well, they're in costumes so that's nice I guess.

The staging is horrendous, with actors standing in clumps, or in single file, primarily playing straight out to the central seating area, the view from which is not much improved over either of the side sections.

The cast is vocally capable, but poorly directed, and many of the character choices are misguided at best and abysmal at worst.

A colossal waste of a mostly decent cast.

Don't see it if you have a thing against Sondheim

Also Accomplished small production except for the mismatched voices on Unworthy Of Your Love.... Read more Read less

See it if If you love Sondheim and well performed productions in an intimate setting.

Don't see it if You want a comfortable or well run theater.

Also The show itself was pretty good. But the seats were unbelievably uncomfortable, the heat was turned up to the max, and the person running the lobby was a mess and made it take ages to enter the theater. (Hint: Fold the programs before the show so you don’t have to messily try to fold them quickly as you seat the audience and decide their seats there and then)... Read more Read less

See it if you're a Sondheim fan as his songs are well sung by an incredible energetic cast. The stage is bare & small adding to an intimate experience

Don't see it if you want a big production of this big cast show that need better sets. The venue is small that could make it too close for comfort for some.

See it if You love Sondheim and musical theatre. Not offended by guns and plots to assassinate presidents and off beat humor.

Don't see it if You’re offended by the above. You don’t have an open mind

See it if you like Sondheim and want to think about what motivates people to try to kill a president. The singing, acting, and music are all solid.

Don't see it if hearing what disturbed people think would bother you.

77 reviews
Get Alerts Alerts On Alerts Off
74
Delightful, Funny, Great singing
May 5th, 2019

See it if You like musicals with great singing and acting. Also if you enjoy musicals dealing with historical events.

Don't see it if You don't like controversial issues such as gun violence and murder.

See it if you want to see a bare-bones intimate take on a Sondheim masterwork. A tough show to pull off, they did an admirable job.

Don't see it if you're a Sondheim purist or you're used to a more established company of performers taking on the work. This was a surprisingly young cast.

Also A solid take on an ambitious show. The cast was young and the talent levels were very uneven, but the effort was there.... Read more Read less

Don't see it if you are expecting a big production

See it if like Sondheim musicals that deal with dark subjects but also like good singing, clever staging and great acting.

Don't see it if you are disturbed by musicals about assassins and finding out why they do what they do.

See it if You want to see a fresh take on the show.

Don't see it if You are a Sondheim purist. I am pretty sure that he would not approve of the one major casting change this group made.

Also Some of the singing was really great: Zangara and Czolgosch had wonderful voices. The casting of some of the other folks was unusual: the level of training for some of the actors seemed fairly low, with a couple giving h.s. show level performances (one of them had to be a producer/director's girlfriend). With all of the tenor/guitarists in NYC, they couldn't cast one to play John Hinckley?
Some of the numbers worked in the very minimalistic setting, some didn't. It was sad to watch the opening number with little to no scenery, and for Guiteau to not have a gallows. There were some serious mistakes in the music by some of the singers, tuning was so off during The Gun Song that it seemed like 1 or 2 of the actors didn't know it, and the orchestra could use a little more time with their parts.
All in all, the strange change in casting was so distracting as to take away from this audience member's experience. My companion, however, not knowing the show, really enjoyed it

See it if No matter if this is a bare bones production or an elaborate Broadway production. It's SONDHEIM for God's sake and it's done well.

Don't see it if if you prefer a more elaborate production. This is a bare bones stage set with small milk crates.

Also There a very austere set design which has not context of place. For instance, in the beginning of the play it takes place at a carnival shooting gallery. I had no idea until I read about the play after I saw it. But the actors are very good and very competent singers.... Read more Read less

36 reviews
Get Alerts Alerts On Alerts Off
77
Interesting, Geat performances
May 4th, 2019

See it if you like history and off-off-Broadway staging, emphasize motivation over action, like to figure stuff out as it progresses

Don't see it if you require a plot and a straight forward story; need traditional theatre environment

See it if you like Sondheim, thoughtful, timely and clever musicals with dark and solemn themes.

Don't see it if You want something light and funny, you don’t like politics or historical musicals.

See it if You yearn for superb singing & acting, inventive & efficient use of a tiny theater space, and Sondheim's most relevant chamber(ed) piece.

Don't see it if You're squeamish about sitting mere inches away from intense performances, or don't enjoy Sondheim for some reason (you monster!)

Also Note, for people of size: the seats in this theater are pretty snug. If you're over 300 lbs (or are otherwise very broad in the hip), check w/ the staff about possible alternative seating.... Read more Read less

See it if You love the Sondheim score

Don't see it if You want a full scale production of the musical.

Also There were some nice performances, but I felt they were often hindered by the direction.... Read more Read less

"An intense, generally satisfying rendering...A powerful cast and imaginative staging make for an intriguing take on this story...One major misfire: the latest example in an ever-escalating epidemic of gender-blind casting. On occasion, the practice might make for an interesting dynamic. But enou...
read more
Get Alerts Alerts On Alerts Off

The Secret Theatre
Producer
Get Alerts Alerts On Alerts Off

Stephen Sondheim
Composer / Lyricist
Get Alerts Alerts On Alerts Off 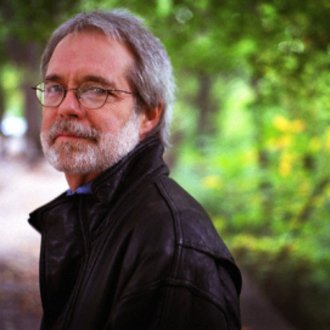 John Weidman
Bookwriter
Get Alerts Alerts On Alerts Off