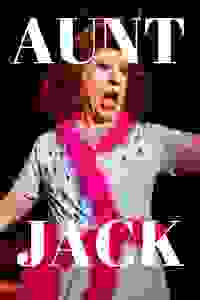 Theater  for the New City presents this new, inter-generational comic drama about sexuality, identity, and monogamy.

After breaking up with his long-time boyfriend, Norman Sable-Church moves clear across the country, leaving his fathers, George and Jack, in a tizzy. Months later, with George, a prominent gay activist and historian, suddenly takes ill, Norman returns home to set things right and to introduce his parents to Andy, his new partner. Jack, a well-known drag performer and cabaret star, and Phyllis, Norman's biological mother, are dismayed to find that Andy is not who they expected.

See it if you like LGBT plays. Familiar cliches mixed with very current, thought-provoking issues in a very satisfactory way. Funny & entertaining​.

Don't see it if LGBT issues and light camp are not your thing. Read more

See it if You enjoy plays with LGBT themes and characters. Light, fun and entertaining.

Don't see it if You don't like LGBT plays.

See it if you like LGBTQ, dysfunctl family dramadies. AJ's point: be tolerant of love. Some gd acting; entertaining. Frequent tone chgs are jarring.

See it if You liked The Birdcage. This is a modern day twist on La Cage, but not as successful due mostly to the limits of the actors.

Don't see it if If you can’t look past the many glaring flaws to see what is actually a pretty well written timely piece. Read more

See it if you enjoy family dynamics twisted in all directions with a hard working cast developing good characters who explore facets w/love & jest.

Don't see it if you are averse to gay/lesbian family or open relationship stories. Some language/props not suitable for kids or may be disturbing to others.

See it if Pansexual sit-com rom-com that contrasts the older gay generation’s values with the millenials’ pansexuality, openness & gender fluidity.

See it if you want a fun Pride play that raises issues without beating you over the head with them. Lots of laughs and some thoughts.

Don't see it if you are homophobic or limited in your view of acceptable relationship possibilities.

"The script, the direction and the acting combine in excellent fashion to support the truth that there are more differences within any group than there are between groups. Director John Lampe deftly draws out of the actors exceedingly distinct characters, each unique in their observations and way of talking, but also each with their own foibles and prejudices."
Read more

"Very, very lively. And entertaining. And often thought provoking...'Aunt Jack' has an exceptionally fine cast...No brief summary can really do justice to the thematic terrain that is covered in this play. It seems to delight in examining one thematic permutation after another relating to human identity and attraction. The 90 minute running length is densely packed with a lot of laughter and intriguing, challenging ideas. And those 90 minutes fly by quickly. Very, very quickly. "
Read more