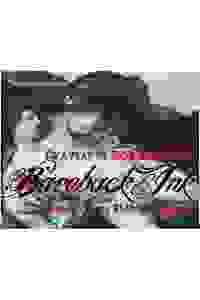 IRT Theater and Hard Sparks present a modern reworking of the Greek myth of Ganymede about a beautiful Trojan boy abducted by Zeus and taken to live with the gods on Mount Olympus.

See it if Looking for high qiality acting

Don't see it if You haven't done your homework first

See it if You like stories inspired by or modern takes on classical myths (Zeus, Haephestos, Ganymede). Stark, beautiful staging.

Don't see it if You are uncomfortable with gay male sexuality.

"The Ganymede myth gets a sexy makeover in Bartlett's intimate and intense two-hander...Bartlett's sparse dialogue, delivered by the expressive duo, enhanced by John Salutz's stunning sound and lighting design, makes the play a sight to behold...Drake's direction magnifies the poetic intensity of Bartlett's play without overpowering the story with gimmicks. The simplicity of the staging reveals a profoundly complex story that explores the identity of a frequently revisited hero."
Read more