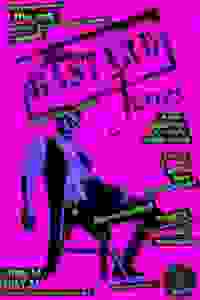 The Cell presents a new rock musical based on Henry Fielding’s bawdy 18th-century novel "The History of Tom Jones." A rollicking adventure of deception, misunderstanding, and bed-hopping.

‘Bastard Jones’ centers on Tom Jones, a bastard-born charmer with a heart of gold and a knack for trouble, looking for love in all the wrong places. Tom gets banished from the only home he knows simply for expressing his true self, leading him to conscription in the army, a half-naked romp at a country inn, and a stint as the boy toy to an aristocrat.

See it if you enjoy a musical based on the novel Tom Jones. Witty lyrics, catchy songs and a very talented cast. Great staging in small theater.

Don't see it if you like serious drama or dignified musicals. This has plenty of risqué humor but it's all in fun. Read more

"Mr. Acito mostly succeeds in turning the Cell company’s limited resources into an aesthetic choice...Harder to overcome are the venue’s trying acoustics, which make it difficult to fully appreciate the score by Engelhardt...But you can still tell that catchy songs, reminiscent of Lloyd Webber’s pop-rock catalog, are lurking in there...'Bastard Jones' goes through clunky patches, but its nonjudgmental approach to sex and disability, and its brash desire to entertain, are winning."
Read more

"'Bastard Jones' is randy yet ingenuous; it’s like a very bawdy Disney movie, with hummable pop music to match. Staged with few frills, it relies mainly on the talents of its diverse and impressive cast of nine...If this smartly plotted and irrepressible musical moves beyond the Cell, there is work to be done in beefing up the characters and polishing the jokes. But the show has legitimate potential."
Read more

"An incredibly clever, zany, sexy, and raucous show that is as funny as it is profound...This is just the sort of guilty fun that everyone is looking for and, for a little over two hours, will bring such joy to your heart and a 'tingle' to everywhere else...With a score that is heart-pumping, contemplative and altogether wonderful, and a plot that is given a dose of modernity to make it comical, 'Bastard Jones' will become one of your favorite shows you hope to see on a Broadway stage one day."
Read more

"Dispiritingly, the dialogue is loaded with the kind of gags not heard since Minsky's Burlesque was shuttered forever...Suffice to say that a full evening of these smirkers is enough to induce vows of chastity in audience members looking for some semblance of adult wit. The songs don't provide much relief, a few appealing melodies aside...Given the general poverty of the humor, it's striking how well the cast, under Acito's direction, maintains its sense of high spirits."
Read more

“The shaggy and generally endearing new rock musical comedy captures the raucous spirit of the original novel while gently targeting 21st century issues…Ruggiero carries the musical with ease, and he is charming, sexy, and innocently goofy in equal measure…Acito has done an outstanding job synthesizing the expansive plot and episodes of the original source material…Acito's lyrics are rather less distinctive...Similarly, Engelhardt's music is often pleasant but not memorable.”
Read more

"'Bastard Jones' is surprisingly accessible for a contemporary musical based on a long and episodic 18th century novel. Sophisticated and off-color, naughty but nice, it proves to be a sharp and irreverent entertainment. With a terrific cast and a star making performance by Evan Ruggiero, witty and clever, 'Bastard Jones' is both a delightful 18th century and 21st century evening in the theater."
Read more

"'Bastard Jones' is a heck of a good time...Not all of the show's songs are equal. Don't get me wrong, the singers are fantastic, but not every number can be a winner. Luckily this talented group knows how to act through their singing, which was a nice surprise...If you are an adult and like entertaining songs, talented actors, a decent love story, funny jokes, and some plot twists, this is a wonderful way to spend an evening."
Read more

“If I could fill this review with synonyms for ‘brilliant’ it still wouldn’t be enough, or do justice to just how good 'Bastard Jones' is…A rock musical extravaganza that stays true to the picaresque novel it is based on…A most joyous and innovative production…There is brilliant comedic timing by every single actor, catchy and powerful songs, and outstanding physical comedy…Run now, before you have to go on a wait list to see it on Broadway where it will surely find a deserving, long-term home.”
Read more

"There are numerous reasons to see 'Bastard Jones,' but topping the list is to purely enjoy an evening of raucous fun...Acito has deftly directed his motley cast with a distinct madcap style, never losing sight of the underlying affirmative message of human rights...The entire cast each stands on their own and embraces the word ensemble...Do not miss this limited engagement, which certainly deserves a continued life in the vibrant New York theater scene."
Read more

"The Cell feels like an R-rated living room...The townhouse can seat a few dozen, and the action jumps between floors, plenty of phallic references, and innovative staging by Acito...In the title role, Ruggiero is a charmer, with a wide-eyed disposition and piercing voice...'Bastard Jones' could use some trimming in its running time, and some minor tightening of its bits, but these are minor considerations."
Read more

“Musical comedy is actually far too tame a way to describe what goes way beyond even musical farce in its rowdy, hellzapoppin approach, throwing realism to the winds and—although there's no nudity per se—letting it all hang out…A carefully calibrated cacophony of door slamming, head banging, and otherwise free-swinging mayhem, supplemented by…vibrantly energetic choreography…The show's biggest drawback is its sophomoric humor.”
Read more

"A vibrant 21st-century creation, utilizing rock, ballads, and the occasional reverb...Ruggiero displays indomitable athleticism...The cast works tirelessly to keep the story going, and the inn at Upton approximates the door-slamming farce in the film...Overall, though, high comedy has lost to low on several fronts...What 'Bastard Jones' needs is the class-conscious, tongue-in-cheekiness of 'A Gentlemen’s Guide to Love and Murder.' Too often what was playfully bawdy is now merely vulgar."
Read more

“I was blown away by this amazing cast, witty script, good songs and one of the most fun evenings I have had in the theater in a long time. It is the story of Tom Jones - a bastard raised in the home of a country squire. Written as a response to the hypocritical puritans of King George the III's time, it can be considered quite bawdy or extremely raunchy, depending on your puritanical moral compass. Staged in a tiny theater, with minimal props, it is an unexpected surprise (if a bit long).”
Read more

"This rock musical comedy started out with a bang and ended with an earth shaking finale. The play told the oft-comedic tale of Tom Jones, a 1749 story of a bastard ward to an English squire named Allworthy. Marc Acito, the writer of Allegiance, did a superb job of weaving amusing action between entertaining songs setting the stage for gripping reveals. He and lyricist Amy Engelhardt were aided by an energetic cast with strong vocal talent that provided us ample opportunity to bask in awe."
Read more

“Acito does a great job of bringing every cast member’s uniqueness forward. Wang delivers a flawless vocal performance as the childhood friend that has captured Tom’s heart…Engelhardt’s music is tastefully varied, making bold choices even in comedic numbers. The lyrics seem to inject adrenaline into the satire of yesteryear, adding a little modern obscenity to keep things fresh...This adaptation highlights the joy of sexuality, and leads by example with a talented, diverse cast."
Read more

"All the same, there is much fun to be had. Most of the comedy, for me at least, came in the form of the puns, quips, and one-liners delivered primarily by Partridge, but also many of the other characters. (As an example, one particularly groan-worthy joke, uttered in a ball scene, I must echo here: ‘What are you doing here?’ ‘The minuet!’) There was also a good deal of slapstick, but never to the point that it felt overdone."
Read more