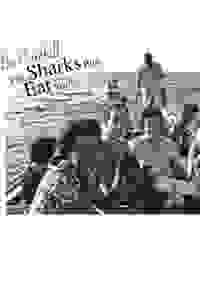 View in admin
Be Careful! The Sharks Will Eat You!
NYC: Midtown W
38
Score it Scored!

Be Careful! The Sharks Will Eat You! NYC Reviews and Tickets

Jay Alvarez's solo show recounting an escape from oppression and murder across treacherous waters on a difficult journey to America.

Castro and his oppressive murderers took control in 1959 after Batista’s midnight escape, leading to the horror of parents parting with their children in order to get them to the safety of the United States and out of harm's way under Operation Peter Pan. So unfolds the real life story of writer-performer Jay Alvarez. Playing family members and friends in this one-man show about his middle of the night exodus in March 1964, when he was 4 years old. The whispers and churning waters transport him, his father Humberto, his mother Chiqui, his abuelo and sundry other relatives and friends out of the grasp of madness and murder.

"Jay Alvarez's short but galvanizing solo piece gives Americans a good-natured nudge. In a poignantly personal way, the actor/playwright reminds us why some people, at least metaphorically, still kiss the ground in gratitude that they made it to these shores...An ingratiating performer, Alvarez keeps his audience right with him. "
Read more

"The intensity of suffering and terror is ever present, merged with the elation of ever-binding love. He is brilliant in his transformations. The pace at which this 60 minute show moves seems like a split second because I was so powerfully captured by the story and performance. It’s not to be missed!"
Read more

"Manages to capture the experience of his family’s perilous escape with such heartrending power that we are amazed at what lengths some people will go to for freedom and, most importantly, how Americans take our freedom for granted. It is masterful storytelling... My concern is that Alvarez’ fascinating show may get lost in the morass of one-person plays – this story needs to be seen by huge audiences."
Read more

"It is a story filled with strength of character, laughter, identity, and hope. Indeed, the show opens with a very heightened moment, which did not invite me in immediately, but as the story unfolded I found myself truly enjoying the experience...Ends with hope towards a brighter yet unknown future in a new world. It makes me wonder what happened to that little boy and each of the characters I had become attached to."
Read more

"We know and care for the characters, are familiar with each one’s quirky mannerisms. Alvarez has made us care. The once impersonal story of refugees from Castro’s Cuba has been made hauntingly real. And that’s another beauty and wonder of the piece, that in a few moments Alvarez is able to establish and sustain an emotional connection between the audience and the characters that he portrays."
Read more

"No one else could tell this tale like Jay Alvarez does and he does so with skill and heart...Alvarez tells Cuba's and his family's story, simply and effectively, without plays for glory or reverence. This makes 'Be Careful! The Sharks Will Eat You!' a powerful communal experience."
Read more

"From beginning to end, his performance conveys the messages of love, support, peace, tradition and hope for a better life... A fearless, spectacular manner with positive energy, pride and inspiration. With mannerisms and stage presence like Robin Williams, a comparison between the two comedians can be easily made."
Read more

"An outstanding narrative of Humberto's carefully planned strategy to escape with his family from Cuba to the United States, told through the vivid images of his son’s childhood memories...It is refreshing to see such a delicate theme presented like a big puzzle in the form of many separate lives, still waiting to be put together into one big coherent picture. "
Read more