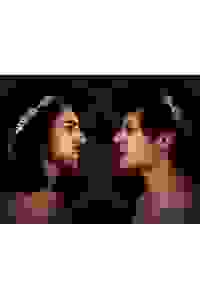 Closed View in admin
Between Gods and Kings
East Village
90
Buy tickets from $25
Score it Scored!

Between Gods and Kings NYC Reviews and Tickets

"Between Gods and Kings" presents a twisted modern adaptation of The "Bacchae" by Euripides with an original rock score in a bar.

The production brings to life the conflict between two long lost cousins, the unyielding king Pentheus and vengeful god Dionysus, both desperately fighting to hold on to power of their kingdom. The king's strong-willed mother, Agave, and the people of Thebes are caught in the crossfire of this epic battle. How far will they go to protect their family name, and at what cost? "Between Gods and Kings" asks: is your life really yours when you're stuck between gods and kings?

See it if You like rock musicals and are interested in mythology. An off-broadway bar staged immersive treat for very little cost.

Don't see it if You only like straight plays, classical musicals or You like shows set on a formal stage.

See it if You love theatre at a ridiculously low price. If you love great rock musicals, this one is an original bound for Broadway!

Don't see it if You do not like musicals or rock or if you are a fuddy duddy.