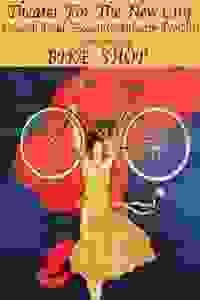 Theatre for the New City presents a one woman, one act musical about a Brooklyn bicycle shop and its owner, Bobby, an exuberant bike mechanic.

Bobby runs a bike shop that was first opened by her grandmother in 1936. Two years after a tragic bike accident Bobby tries to get back on her bike, and get her own life in gear. Cyclists are encouraged to ride their bikes to the theater and park their bicycle on the stage so they can be part of the show. As the sole performer, Elizabeth Barkan brings to life three generations of a bike-obsessed family, as she builds and fixes real bicycles on stage; all while backed by the 4-piece interactive “Bicycle Band."

"The honesty in which the story is told is heartwarming and a lovely reminder that just like falling off a bike, we must dust ourselves off and get back in the game after a setback. Barkan explores the depth of her emotions as she hides away to deal with it all. Her Irish grandmother comes to her and reminds her of all the chutzpah she possesses. In the end, the twist on the uplifting personal success story is a fun and innovative one, as passion and strength re-emerge. Join the ride!"
Read more