Billy and the Killers

A play meets a rock band in this world premiere alt-rock musical about a pair of misfit lovers and a bloody crime of passion. More…

Billy is a sensitive young songwriter, but his music is violent and disturbing. Living in a trailer park with his ex-con father, the deck is stacked against him until he meets Nell, a kindred spirit, fascinated with death and in love with music. Billy’s dark vision mixed with Nell’s rebellious nature is a volatile combination. When Nell is brutally murdered, the police listen to Billy’s music and accuse him of the crime. Why is it art can heal the artist and destroy the artless?

See it if You love loud rock music and play in a loud rock band.

Don't see it if Dull plot, bad acting, heavy smoke effects burn the eyes, music way too loud & people had fingers in their ears. Torture on all the senses.

Don't see it if You're sensitive to loud music

See it if you enjoy LOUD rock. Story is rough but it's highly supported by some great music/musicians, singing (w/harsh & dark lyrics), & ok acting.

Don't see it if you can't handle the above. It's not BIG other than some excellent musicians who act AND sing, plus 4 great band-mates supporting the cast.

And who can deny the presence of Sean McDermott from the original "Miss Saigon" AND "Starlight Express" from a hundred years ago??? I nearly keeled over.

If "Billy & the Killers" were just a Rock Band, Adrian Enscoe ("Billy") would be the perfect lead-singer who plays pretty good lead-guitar. Unfortunately, although it doesn't take away from his intensity, his acting is a bit weak.

Sydney Shepherd ("Nell") plays THREE instruments, while acting and singing. SO excellent. Good on her.

Saw it last night (Friday). I can't say enough about how good the original music is (again, dark lyrics). There are 3 or 4 songs in particular that would bring me back to see the show again, if it wasn't closing tonight. Reworked ever so slightly... even pushing the story a little to lengthen it and include an intermission (imagine that: intermission-man wants an intermission)... I would DEF see this show again if/when it's reincarnated.

See it if Rockabilly opera with talented singers appeals to you. Slight convoluted plot adds to energy.

Don't see it if You abhor loud music

See it if You want to see a fairly simple murder mystery with some good music mixed in. This would be great as just a cast recording.

Don't see it if You're sensitive to sound because it's a small space and the music is loud. Also the story isn't that great and ends up pretty obvious.

See it if you want to suffer 1hr40min. Actors really try but the music and story just don't have it. The whole annoys and leaves a dull aftertaste.

Don't see it if This is one of those shows, which is not horrible but it just doesn't deliver. It doesn't touch you and one can't wait till it's over.

See it if you like contemporary music with a focus on dark topics & quality onstage musicianship. It's attempting to be edgy without much success.

Don't see it if you want an easily relateable plot or characters. It's over the top with only one relateable relationship. Also has uneven actors & singers.

Don't see it if you're not a fan of rock music or dark, slightly exaggerated storylines

Also If anyone knows how I can get my hands on a recording, please tell me! I loved the music and can easily imagine myself listening to the soundtrack on a regular basis.

I wish the sound in the theater had been a bit better - some lyrics were hard to understand, which was a pity because three of the main characters can really sing, and their voices are well suited to their songs.

See it if you enjoy watching an energized cast singing rock tunes inter-weaved with a story about trailer park people. A live band accompanies them.

Don't see it if you don't like a lot of loud rock music with difficult-to-understand words and a plot that has some mystery but goes very slowly at times.

Also I had mixed reactions to this play because, although the plot had points of interest, it was a little slow at times. I must admit that I'm not a big fan of loud rock music and feel it's important to say that as this definitely biased my review somewhat.

The lead actor, Adrian Blake Enscoe, was really good both with his acting and with his nice singing voice. Sydney Shepherd, the female lead, was also very good in both areas. The supporting cast is quite talented. The staging was nice, and the live band was good at what they do.

Nonetheless, the story dragged at times and the lyrics were difficult-to-understand more often than not so it required effort to pay attention to the music. The theater was particularly warm that evening and this didn't help. (I've been to the HERE theater before, and it's usually comfortable there.)

Reviewing this show was a little difficult because, as noted above, there were both pluses and minuses. However, I feel that the play needs some additional work.

See it if you like a rock & roll show with a play mixed in.

Don't see it if you don't like loud music and don't love small theaters.

See it if You like the psychological and physical outcomes of socities views of 'hard-core' music and what goes on in the lifestyle of the artist.

See it if you like loud rock music and want to see a mostly strong and talented cast. You prefer to hear rock songs over seeing a well developed plot.

Don't see it if you can't handle adult subject matter, want to see a traditional musical. Want to see a polished musical with songs that further the plot.

Also I really wanted to like this show but it needs a lot of work. It could be a much stronger show with cuts to the music. Near the ending of the show I really wanted to walk out because songs were interrupting the flow of the show. Eventually I found myself wanting to groan every time the leads started on a new song. There were too many songs that did not further the plot or fit in it at all.
The fact that I wanted to leave had nothing to do with the performers though. Four out of the 5 were strong and/or exceptional! The two leads were my favorites! Especially Sydney Shepherd. I have never heard of her, but I LOVED her voice. Most of the supporting cast were very good too. As my friend stated though "I have never been to a show that wasted such a talented cast." All in all, I think if the creative team, gave the show a little more focus, there could be a future for it.
... Read more Read less

Don't see it if you like strictly linear story; you don't like couplet-rich indie rock. The story has lumps to be ironed. Characters act out-of-character.

See it if The music was great, so if you enjoy good music this show works.

Don't see it if If you're looking for a plot that makes sense, this is not your show

Also So it needs work. The actors/singers/musicians were amazing. They are very talented and did the best they could with a very weird script.... Read more Read less

See it if If you like rock music-- a la Hedwig and the Angry Inch or American Idiot. It's entertaining, but I wish it went deeper.

See it if If you liked American idiot and you love rock and roll.

Don't see it if Loud music is not your thing

See it if You liked shows like American Idiot or Murder Ballad. They rock out but the story itself feels more like a made for TV movie.

Don't see it if You can’t appreciate it for great singing and mostly kick ass songs. If you’ve ever seen a Lifetime Movie you’ll see the ending a mile away!

247 reviews
Get Alerts Alerts On Alerts Off
During previews
44
Insipid, Weak
November 8th, 2017

See it if Music was good. Singers and musicians talented. But in general the songs weren't integrated into show.

Don't see it if Book - weak. Plot - thin. Dialogue - awful. The actors all had good singing voices and some played instruments but all but one couldn't act.

Don't see it if you don't like dark themes with strong language/lyrics - but these are essential to the story. The fun musical experience should compensate.

Also The young lead couple gave mesmerizing performances in their singing/playing the instruments & acting - with matching charming looks. The adult cast provided superb support performance; and the band (with their strategic placements on stage) was phenomenal. The stage design was perfect for the small venue. The costume/props/lighting and other technical aspects esp. the stage/set was impressive for an off -off broadway show with very reasonable ticket pricing. It is an exquisite play & rock concert in one! Kudos to all ! (esp. to the lead - Harry Stiles doppelganger).... Read more Read less

See it if you like discovering new musicals or you love any musical with deep emotion and honest relatable characters.

Don't see it if loud heavy rock music isn't your thing. It's actually not MY thing, but the sweet honesty and incredible charisma of the leads sold me.

Also Keep your eye on these two young actors, Adrian Blake Enscoe and Sydney Shepherd. Their performances were captivating AND they sing and play instruments. I left fulfilled yet wanting more!... Read more Read less

See it if You like rock music, appreciate good staging

Don't see it if You like good dialogue (it was really awful), if songs with lyrics "kill yourself, kill yourself" will upset you (& other talk of murder)

See it if You like romantic tragedies and rock/alternative music. Enjoy non linear storytelling with a mystery component.

Don't see it if you are sensitive to themes if suicide, murder, teen angst and violence. Want something cheery. Dont bring children.

“But then the music stops, the dialogue returns, and it's back to dullsville, with Shankman's nonlinear story mostly vacillating between the insipid and the inane. Although one part does cover both bases: the explanation for why Billy is in that orange jumpsuit. It seems a detective (Paul Sadlik)...
read more
Get Alerts Alerts On Alerts Off
"A lackluster and mopey affair...This production is guilty of several crimes. These include harboring an uninteresting minor, operating a fog machine with intent to choke, lyric writing without a poetic license, and, most egregiously, failure to rock when given the right of way...All the cast is ...
read more
Get Alerts Alerts On Alerts Off
"The music is 80’s rock, which if it weren’t so loud and had better lyrics would have been enjoyable. It is well sung...Another problem is the songs do not seem to fit the plot...The book is generic and the dialogue thin...The direction does not help, as the dialogue breaks into song for no reaso...
read more
Get Alerts Alerts On Alerts Off 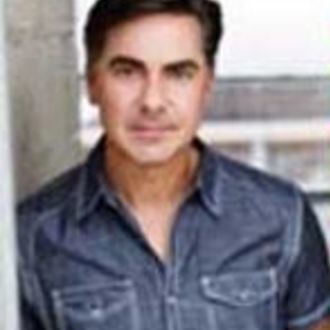 Craig J. George
Director
Get Alerts Alerts On Alerts Off 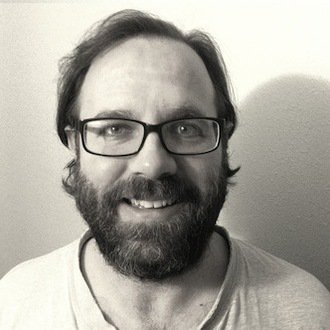 Peter Stopschinski
Composer
Get Alerts Alerts On Alerts Off 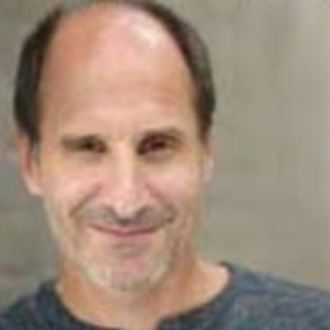 Jim Shankman
Lyricist
Get Alerts Alerts On Alerts Off 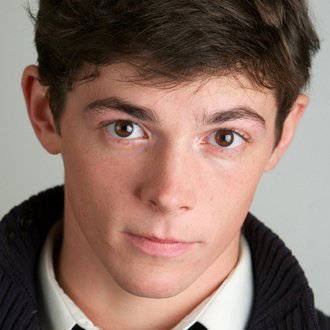 Adrian Blake Enscoe
Billy
Get Alerts Alerts On Alerts Off 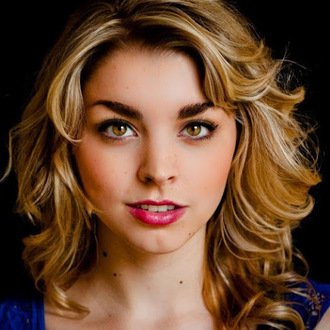 Sydney Shepherd
Nell
Get Alerts Alerts On Alerts Off 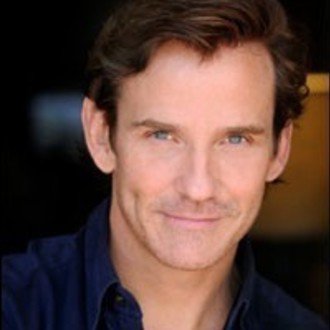 Sean McDermott
J Roy
Get Alerts Alerts On Alerts Off 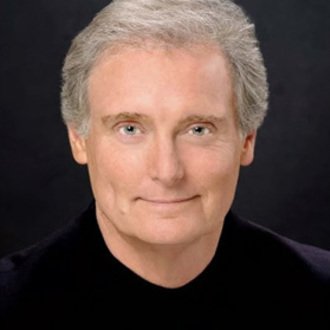 Tim O'Keefe
Spenders
Get Alerts Alerts On Alerts Off