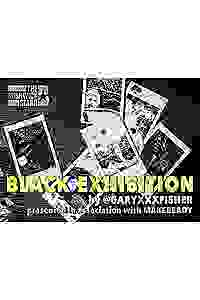 The Bushwick Starr presents this new piece from Jeremy O. Harris, which, through a mining of transgressive texts both found and written, hopes to awaken his audience to the true price of exposing oneself.  More…

Black Exhibition interrogates the limits of vulnerability, the risk of honesty, and the security of anonymity. By asking the audience to be explicit voyeurs of an artist’s exhibitionism, @GaryXXXFisher through a mining of transgressive texts both found and written hopes to awaken his audience to the true price of exposing oneself.

See it if you are interested in the work of playwright Jeremy O. Harris & would like some insight into what makes him tick.

Don't see it if you are looking for a “play”: This is an emotional confession in which the central persona has split into 4, then 5, identities.

Also I greatly admired Jeremy O. Harris’ “Slave Play” & respected his “Daddy.” I also saw him read from a play concerned with academic politics at Yale that was hard for an outsider to crack. I feared “BLACK EXHIBITION” might also be for a coterie audience. That’s not the case. Set in a stylized Fire Island, it features a central persona, the playwright, split into 4, then 5, identities, black gay guys on holiday at the Pines, & then playing (in)famous outlaw writers (Kathy Acker, Samuel Delany, Yukio Mishima). What saved this “confession” from self-indulgence was the tensile strength of the direct address writing & the structural power of passages repeated—by different performers, or at a later time in the performance, or with a few words changed—that kept circling us back to the play’s central obsessions with a fresh perspective. Also, I found the clear, profound unease of this celebrated young playwright, for whom the world should now be an oyster, to be deeply affecting.... Read more Read less

See it if Some raw frustrations and vulnerabilities of a gay Black, sexual, intellectual man with the primarily white, well-off gay community.

Don't see it if Explicit talk/visuals of gay sex or experimental performances aren't your thing. Name dropping of many literary authors go over your head

Also Somehow this play/choreopoem non narrative non specific experience is enchanting and delightful although it​ is meant to provoke and expose and linger-- I loved seeing it--not sure I loved it but wouldn't have missed it for the world.... Read more Read less

See it if you want to see an intimate in-formation performance by the great Jeremy O Harris in all his glory. Great sets and acting. An exploration.

Don't see it if you need to understand all of the references -- Harris refers to artists who have influenced him who are not known to most people.

See it if you want an intensely personal exposition of the writer, Jeremy O Harris, and his psycho-sexual memories and fantasies enacted with flair.

Don't see it if you are not open to experimental/ avant-garde theater that is provocative and scatological as well as mysterious and not easily understood.

See it if you're interested in cutting-edge & edgy theater. Mr. Harris is really pushing the envelope. Actually more like ripping it open!

Don't see it if you're homophobic or not looking for a show that challenges.

See it if Play charged with energy and desire, with dialogue that's both literary and everyday

Don't see it if Sometimes gets too far into the masks themselves, drawing away from the energy of the play as it is here.

Also Against some of Harris's work - esp. Slave Play - this is probably less ambitious. It's also less interested in the structures and systems of race than either Slave Play or comparable works like For Colored Girls. Nonetheless impressive for it's voice and consideration of fantasy.... Read more Read less

See it if If you are a Jeremy O Harris fan. Not expecting a typical play, this is a peak into what might be the writer's notebook, mind, trip.

Don't see it if you are quick to judge personal exploration, not open to something that is not your first hand experience.

Also Love the sets, the vibe at Bushwick Starr, the cast and crew. It is a great intimate place to experience this hour choreopoem which is the appropriate term! I think an hour is perfect timing. There is alot of love in the room for the material and what it takes to expose oneself. Especially when your star is rising with other work being shown 8x a week across the river. The performances of all the actors demand your attention and your mind is racing to remember the references to look up after the performance. It felt like this was some therapy for Jeremy. Thank you. I will be back to Bushwick Starr, a gem.... Read more Read less

See it if You really, really like Jeremy O. Harris and you're a bit of a completist.

Don't see it if You're expecting an actual evening-length piece. Even from an experimental theatre perspective, this is real thin.

Also Ugh. This might be the worst thing I've seen all year.

It's more like a free write they decided to stage for an hour. To be fair, I'd much rather see Jeremy O. Harris's free writes than the free writes of most other playwrights, but still.

There's just no there there, which is a shame because the set is cool and there's some interesting staging. The material thinks it's really shocking but it's not really.

This is the second show at the Starr in recent memory about death and shame centered around gay sex. That bums me out as a queer person.

Bottom line: It was only an hour, but it felt like four.

See it if You want more insight into the black queer mind of SLAVE PLAY author Jeremy O. Harris, and want to know how he spent his Fire Island summer

Don't see it if If queer thoughts and feelings do not resonate with you. Or if you want a standard play with a plot and characters.

Also It's very emotionally open and heartfelt, but also kind of unfinished. Feels like semi-raw material for whatever he does next.... Read more Read less

See it if You love solo shows with a twist, the work of Jeremy O.Harris, Cheropoems, stories about the queer experience

Don't see it if you are squmish, hate frank discussions about body fluids, don't want to go to Bushwick for theater

Also Jeremy O.Harris work is very hit or miss for some folks but at the end of the day atleast it is interesting and exciting, this might be a bit self-masterbatoury for some folks but I can't point to an example of another modern playwright setting themself on fire for 65 minutes and asking people to watch... Read more Read less

See it if you can hold the good and bad of a piece in your mind simultaneously. You love a show that comes with a bibliography.

Don't see it if you are squeamish or bigoted. Or you need a plot (there is none here). Unlike Harris' other work so don't attend with those expectation

Also Do your homework before you go. Harris is working with a lot of influences and it helps to have a bit of a clue what he's going on about. The Starr website is a good place to start.... Read more Read less

The Bushwick Starr
Producer
Get Alerts Alerts On Alerts Off 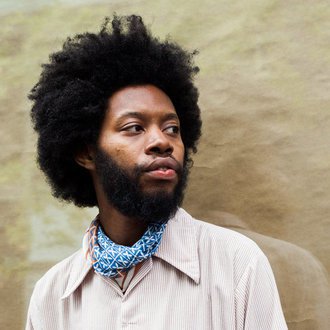