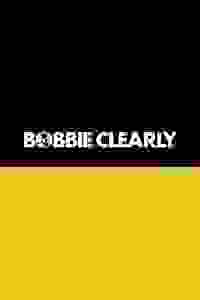 Bobbie killed Casey in the middle of a cornfield in Milton, Nebraska. Two years later, Milton’s residents are ready to tell you their side(s) of the story. 'Bobbie Clearly' pushes the boundaries of the Roundabout's Black Box Theatre, with a sprawling cast of eccentric characters and an ambitious narrative that pulls back the husk of rural life. Written by Nebraskan Alex Lubischer, a second-year candidate in the Playwriting Program at Yale School of Drama and the newest playwright discovered by Roundabout Underground.

"Takes on many difficult subjects, in several styles. Lubischer seems to have packed his first professional NY production with a sampler of his skills, as if it were a résumé...I wish the production achieved better control of its tone, which seems to wander...Davis does right by the play’s moments of highest tension and emotion...Plays are also about characters, and most of the ones in 'Bobbie' are too contradictory for the cast to act convincingly."
Read more

"Lubischer demonstrates a rare sense of command...Borrowing motifs from everything from 'Our Town' to 'Serial', he displays real craft and scope. The performances, too, are executed precisely...The play’s bold combination of violence and jokiness—the horrifying content told with such gentle mockery—left me confused and sometimes even angry...Lubischer is very interested in Bobbie and has written him a complicated and intriguing play. He’s scarcely imagined Casey, though."
Read more

"So we spend much of 'Bobbie Clearly' struggling to understand why the title character would want to move back to the community where he murdered one of his classmates...Lubischer's play jumps the rails, as contrivance and sensationalism overtake what was a sensitive exploration of a difficult story...None of it would work without emotionally vulnerable performances from the actors...We never get to see Bobbie clearly, which feels simultaneously less satisfying and more truthful."
Read more

"As a group portrait, 'Bobbie Clearly' is often quite gripping...The playwright, Alex Lubischer, is clearly talented -- he certainly knows the territory -- and he finds plenty of drama in fraying friendships and the strange permutations that can be caused by grief. His three-act structure is awkward, however...Sets up a bizarre climax...at which point 'Bobbie Clearly' loses any sense of reality...A distinctly flawed work, it is nevertheless an affecting look at a community living in tension."
Read more

"An awkward mix of satire and sad reflection...Lubischer has captured the community spirit...Either the playwright or the director has incorporated a tone of parody that unnecessarily pulls us away...The hodgepodge of darkish humor and authentically dark emotions never fully coalesces...In need of careful revision. With the exception of Constance Shulman's pitch perfect portrayal of the town's lone cop, we spend far too little time where it is needed."
Read more

"Fearless and mesmerizing...Chase emphasizes the uncomfortable intimacy, sometimes having actors appear directly behind audience members in the back rows...In revealing these characters at their most self-conscious and aspirational, the playwright initially flirts with mocking clichés about small-town folk...But as the play progresses, Lubischer, who is in fact from Nebraska, makes his townspeople increasingly difficult to pigeonhole."
Read more

"Lubischer has created a boldly compelling and mysterious piece, filled with interesting characters. It is a play that is intentionally withholding, and it ultimately fails to fully engage only because it remains too stubbornly opaque...A simple conceit, elevated by Davis's creative and dynamic staging...There are smart bits..But because we’ve never really found out what happened—what exactly Bobbie did, what motivated him, how he processed it—we can’t engage in this examination of the fallout."
Read more

"Lubitscher was aiming for a portrayal of small-town life...rather than a portrait of Bobbie. The performances from the talent show are more entertaining than relevant...The quality of the acting varies widely...While I admire the playwright's ambition and raw talent, I do not feel that he was able to maintain firm control over his material. The tone wobbles from moment to moment...Davis keeps things moving along smoothly. While I would not call it a success, I am not sorry that I saw it."
Read more

"The voice of this darkly funny play is too often fractured, oscillating between sincere exploration of important questions of faith and forgiveness and silly vignettes, often musical, that poke fun at small town life. That tension-documentary vs. mockumentary-is never resolved. It is unclear if Lubischer has set out to satirize his characters or give them voice; his approach is inconsistent though engrossing...Fantastic performances by the 11 person ensemble."
Read more