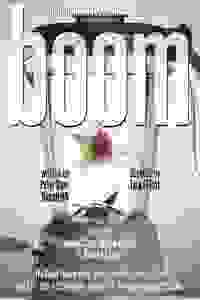 This dark comedic allegory of survival in the face of impending doom offers an exploration of environmental inevitability, denial, and who gets to survive. More…

On the eve of cataclysm, a grad student in marine biology lures a journalism student to his research lab with a personal ad. When catastrophe strikes, a casual encounter becomes “Sex to change the course of the world.” And then there’s Barbara, mysteriously pulling levers and offering up her take on the legacy of the human race.

See it if You liked The Twilight Zone or watch Syfy Channel, Black Mirror or that type of program.

Don't see it if You want all your questions answered for you or if you want a show that makes sense from start to finish. Part of the fun here is the ???

See it if you'd like to see an adequate revival of a recently popular play so you can assess whether it is any longer relevant.

Don't see it if you are looking for something fresh.

Also I usually like plays that tinker with dramatic form. But there are exceptions. “Boom” is a dark comedy in which a man & a woman are trapped in a basement on account of cosmic disaster, & that central plot is framed as an exhibition in a museum far in the future. There are problems. Neither character in the basement is remotely likeable. The comedy is not sharp enough to keep us laughing consistently. The actor in the frame, a museum tour guide, stops the action so often that the central plot can achieve no momentum. And that annoying stop-action device becomes almost unbearable due to the screaming, overwrought performance of the guide. The theater historian in me is glad for the chance to re-assess a script that was briefly, earlier in the century, quite popular. I don’t think the play holds up.... Read more Read less

See it if you appreciate what can be done on a small stage, this one with a furnace filter decor! Boom is about the doom of a predict meteor plan.

Don't see it if you do not like loud "booms" or silliness, but you will be missing great acting by the museum docent and the others this energetic cast.

See it if you have environmental concerns. There are some wonderful comic awareness raising moments.

Don't see it if You don’t like unnecessary loud drumming, yelling, and screaming. You don’t appreciate pushing absurdity for laughs when subtlety will do.

See it if Science fiction

Don't see it if Lackluster plot

Don't see it if you expect a truly affecting "dark comedy-" this one is silly, totally toothless & played for absurdity

See it if you like silly comedy. I can't say this show is "good" but it does make you laugh and is, for the most part, entertaining

Don't see it if you like more traditional comedy

See it if A post-Apocalypse mismatched Adam and Eve tale with annoying endless arguing is your idea of fun theater.

Don't see it if You require compelling interaction between interesting characters; this will disappoint you.

See it if you like stories about mismatched couples, you want some easy laughs, you like intimate theater,

Also I thought the "museum guide" was a great performer. The main couple, especially the woman, spoke rapidly and swallowed her words, making it difficult to get all the humor, you like intimate theater... Read more Read less

See it if Like good acting in light comedy

Don't see it if You like musicals. There was a constant banging of a drum that was very annoying

See it if a two-character end of the world comedy (?) is to your taste

160 reviews
Get Alerts Alerts On Alerts Off
80
Thought-provoking, Funny, Entertaining
May 4th, 2019

See it if you enjoy a crazy end of the world show with loud noises and a great museum docent.

Don't see it if you want a normal show with linear plot and a happy ending.

Also Enjoyed it very much. Silly and fun.

See it if can appreciate a good-enough if uneven contemporary play, a mixture of a realistic-style with wacky outbursts by 3 talented likable actors.

Also The premise and resolution are significantly better than the middle, as if the author knew the ending and skipped on properly investing in getting there. Some interactions late in the relationship felt like should have been revealed earlier. But despite these less-than-gripping moments, there is enough freshness here to make this worthwhile.... Read more Read less

See it if You want to see a short comedy about two mismatched people trying to survive the world's end & dealing with question of re-population.

Don't see it if End of the world comedy is not your thing. Addition of perky narrator controlling the goings on was confusing. Sudden loud noise startles.

See it if You like quirky characters in odd situations. Things that will make you think.

Don't see it if You are looking for a big Broadway production.

37 reviews
Get Alerts Alerts On Alerts Off
82
Thought-provoking, Quirky, Edgy, Absorbing
May 3rd, 2019

See it if You like a unique different show. Haven’t seen anything like it. Enjoyed the creativity.

See it if If you want to support experimental, risk taking theater.

Don't see it if You can't sit through 90 min of actors pushing really hard for the laughs that don't serve the story at all. Needs more rehearsals.

6 reviews
Get Alerts Alerts On Alerts Off
80
Entertaining, Clever, Absorbing
May 8th, 2019

See it if you like weird, funny theatre that leaves you thinking!

Don't see it if you don't like weird, funny theatre that leaves you thinking!

“boom” hasn't been reviewed by any Critics (yet!) 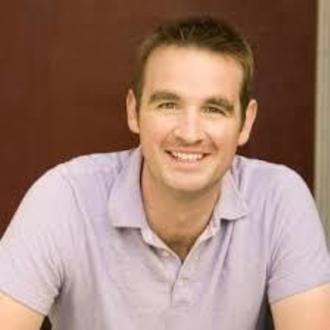 Peter Sinn Nachtrieb
Playwright
Get Alerts Alerts On Alerts Off 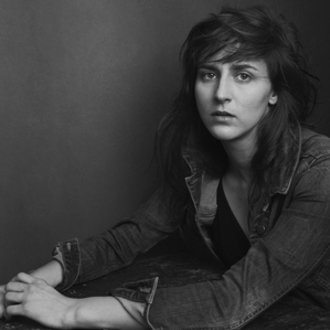 Tara Elliott
Director
Get Alerts Alerts On Alerts Off