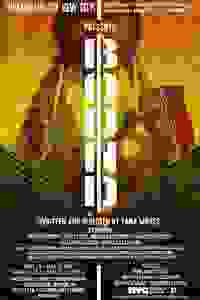 Weaving through time from the 1850s to now, the intersection of sacred, ancestral land and tribal sovereignty as innate rights are explored in "Bound," but do these rights end where the boundary of Mexico begins?

In "Bound," Marigold Page is a Native American woman working to stop the construction of a wall along the US southern border that would split her Nation in half. When she meets John, a land surveyor, a romance blossoms. Further complications arise when an oil company attempts to build a pipeline through the same scared land. Marigold must face rogue border patrol agents, oil tycoons, and a hesitant tribal council as she struggles to keep her ancestral lands intact for future generations. Paralleling her fight are the events surrounding the Gadsden Purchase of 1853, the building of a transcontinental railroad through Indigenous lands, Manifest Destiny, and the redrawing of the Mexican-American border in the name of southern imperialism. Marigold is determined that history does not repeat itself.

“'Bound' makes us contemplate boundaries in a refreshingly interesting way...The characters are not deeply written but both actors manage to imbue them with charm and sense of purpose...The play is full of ideas. The material itself contains fairly average dialogue but it did inspire some thoughtful contemplation...When a cultural institution is engaged in making the world see their truth through a different lens, that is meaningful theater. 'Bound' could certainly be a better play than it is today."
Read more