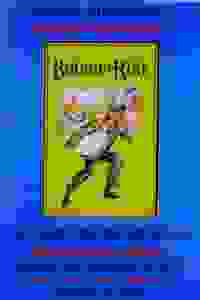 Medicine Show Theatre Ensemble presents a revival of its 1984 rags-to-riches musical inspired by the stories of Horatio Alger.

'Bound to Rise' is a musical comedy with a happy ending based on four of Alger's "strive and succeed" novels, in which the young, poor protagonists beat the odds in the New York City of the 1890s. But this was also the era of the robber barons, when thousands of children lived on the streets while the wealthy attended "poverty socials" dressed in rags. A time of striking contrast between the opulent mansions and the overcrowded tenements where three quarters of the city's people lived. This portrait of NYC a century and a quarter ago is even more relevant today in the era of the "one percent" and billionaire banksters.

Sort by:
A
Adriaen
1 Review | 4 Followers

See it if The woman who played Helen owned the role.

"The new production is undeniably memorable, but rarely in a good way...Policoff clearly wants to teach us something with his book, and director Oliver Conant stages with a correspondingly heavy hand...Unfortunately, the ensemble also proves to be a weak link. Their attack on group numbers is uncertain...The acting isn't much better, but there are a few glimmers of hope...'Bound to Rise' is, unfortunately, a mediocre musical in an unforgiving theatrical landscape."
Read more

"A ramshackle revival...Stylistically and musically, the tone of the show is melodramatic and laden with snarky references to the greed and malevolence of the moneyed class...The 14 members of the cast keep the show moving along at a steady clip...Of the singing, however, it's best just to let your ears cling to every note performed by Beth Griffith, whose beautiful soprano is well worth seeking out among the kinda-sorta warbling going on around her."
Read more

"'Bound to Rise,' the Horatio Alger musical, first appeared at the Medicine Show in 1985 and won director Barbara Vann an Obie Award for her staging. It was again revived in 1997. Vann passed away in 2015 and the Medicine Show is announcing a new era with this revival. Unfortunately, this inept and amateurish production is not much of a tribute to the theater's founder."
Read more

"Even if the production were flawless, the musical might never be more than a curiosity...Though director Oliver Conant perhaps could have guided his actors more in terms of performance, he effectively stages the action to present multiple stories simultaneously...While the large cast works hard, for the most part the singing is off-key, making it hard to judge Bob Dennis's music...This production might not have turned these rags to riches, but the dedication of everyone involved is evident."
Read more

"This play is an anti-American and anti-capitalist diatribe that perverts the 'rags to respectability' message in Horatio Alger's stories to reinforce its radical, anarchist political message that only violence against the US Government and the rich can provide any hope for the economically disadvantaged. It is utterly devoid of content or value (with the exception of the performance of Jonathan Emerson, who plays Ragged Dick). This is three hours of your life you will never get back."
Read more